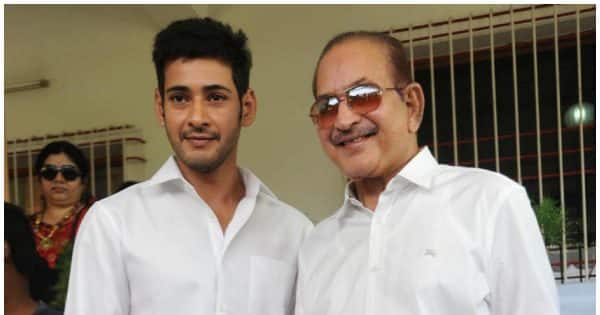 Mahesh Babu’s father has been hospitalized: The clouds of troubles at the house of South Superstar Mahesh Babu are not taking the name of dispersing. Recently superstar Mahesh Babu lost his mother. Now according to the latest news that has surfaced, the condition of Krishna (Krishna), father of Tollywood superstar Mahesh Babu, is critical. Due to which he has been admitted to Continental Hospital in Hyderabad late at night. According to the reports, veteran actor Krishna had respiratory problems. After which he was rushed to the hospital in Hyderabad. After which his treatment was started immediately.

Mahesh Babu’s father Krishna is in the hospital

According to the information received, Superstar Krishna is currently admitted in the hospital. Where improvement in his condition has been observed. Mahesh Babu His father Krishna is 79 years old. In such a situation, with the news of his father reaching the hospital. Entertainment News There has been an uproar. Like his father, Mahesh Babu has managed to become a big star of the Tollywood industry. His father Krishna was a big star of the Telugu film industry. Because of which the fans added the word superstar in front of his name. Even today the film star is called by the name of Superstar Krishna. The real name of film star Krishna is Ghattamaneni Siva Rama Krishna Murthy. He kept his name only Krishna for the screen.