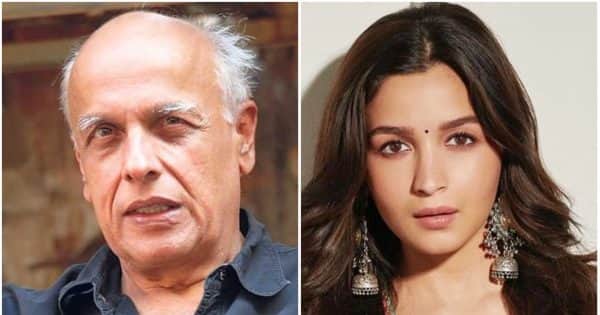 Mahesh Bhatt undergoes heart surgery: A report has come out regarding famous Bollywood director and Alia Bhatt’s father Mahesh Bhatt, in which it is being told that he has recently undergone heart surgery.

Mahesh Bhatt Health Update: famous bollywood directors Alia Bhatt father of Mahesh Bhatt These days remain in discussion. A news came about him in which it has been told that he has undergone heart surgery. If reports are to be believed, Mahesh Bhatt went to the doctor last month for a checkup, after which Mahesh came to know that he would have to undergo heart surgery. It is being told that the filmmaker has undergone angioplasty. At the moment he is fine and recovering slowly. Please tell that Mahesh Bhatt’s son Rahul has revealed that his father had undergone heart surgery. Also Read – Alia Bhatt celebrated Christmas for the first time after becoming a mother, INSIDE PHOTOS of the celebration went viral

Alia Bhatt’s brother Rahul has revealed this in an interview to ‘Etimes’. Rahul has made it clear that his father was admitted to the hospital this week. He said, ‘All’s well that ends well. He is fine now and is back home. I cannot give you more details because many people were not allowed to go to the hospital. Also Read – When Mahesh Bhatt gave dirty abuses to Asha Parekh, obscene slogans were raised outside the actress’s office

Let us tell that Mahesh Bhatt has made a different place in the Bollywood industry on his own. He has produced several superhit films, including Saaransh, Aashiqui, and Zeher Ka Naam. Mahesh Bhatt stepped into the field of direction only at the age of 26. Mahesh Bhatt’s first film as a director was ‘Manjilein Aur Bhi Hain’. After this he never looked back and gave more than one hit films to the Bollywood industry. Please tell that Alia Bhatt has not yet given any information about her father. People believe that she is going to give health update of her father Mahesh Bhatt soon.