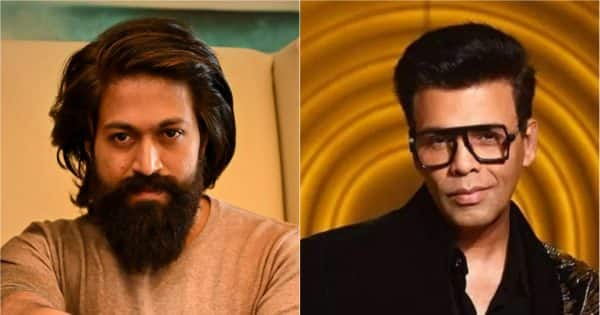 Karan Johar Reaction On KGF 2 Actor Yash In Brahmastra 2: Reports were claiming that South’s superstar Yash has been approached for ‘Brahmastra 2’. Now Karan Johar’s reaction has come on these news.

Karan Johar Reaction On Yash In Brahmastra 2: After the success of Ranbir Kapoor and Alia Bhatt’s film ‘Brahmastra’, the makers are preparing to make its second part ‘Brahmastra Part 2: Dev’. The names of many stars are being speculated regarding the casting of the film. Recently there were reports that Rocking Star Glory Can play the role of ‘Dev’ in ‘Brahmastra 2’. But now the producer of the film Karan Johar himself has reacted to this news. Karan Johar has called these things a rumour.

In an interview to E-times Karan Johar (Karan Johar) said, “It’s all rubbish. We haven’t contacted anyone yet.” In such a situation, after this statement of Karan Johar, Yash’s fans have got a big shock.

Discussion on these names

tell that ‘Brahmastra’ After the success of ‘Brahmastra’, the discussion on the names of the cast of its second part had started. During this, the names of many Bollywood stars came to the fore regarding the role of ‘Dev’, in which Ranveer Singh and Hrithik Roshan had more buzz in the name. While Deepika Padukone will be seen playing the character of ‘Amrita’ in Brahmastra Part 2, there were reports that Ayan Mukerji has approached Ranveer Singh for the second part.

Entertainment News (Entertainment NewsAccording to reports, apart from Ranveer Singh, Hrithik Roshan’s name also appeared for the role of ‘Dev’. However, a source revealed that Hrithik Roshan is the first choice of the makers for the character of ‘Dev’. But the fourth part of ‘Krrish’ is being made in his home production. In such a situation, Rakesh Roshan would not like to make a superhero film for any other production house.

Let us tell you that Ayan Mukerji had revealed during an interview that the second part of ‘Brahmastra’ will be released by the year 2025.