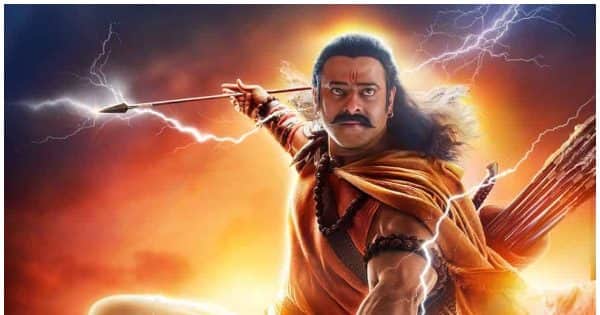 Prabhas Adipurush to go into rework mode: The teaser of Tollywood superstar Prabhas’s upcoming film Aadipurush has gone through a lot of criticism as soon as it was released. After which the makers have become alert about the film and rework is being done on its VFX before its release.

Prabhas Adipurush to go into rework mode: Everyone’s eyes are on Indian superstar Prabhas’s upcoming film Adipurush. Some time back, the teaser of this film was released by the makers. which had to face heavy criticism. After the fierce trolling of the teaser of the film, the ears of the makers have stood up. Since then, there have been continuous reports that the film will no longer be released on the pre-determined date of Makar Sankranti in 2023. It is heard that taking the reviews received by the film seriously, the makers have started preparations to correct these shortcomings. For which the film has to be re-worked.

According to media reports, it has been heard that the producers are preparing to work again to work on the VFX and CG work of the film again. for whom RadianceKriti Sanon starrer film Lone man Around Rs 80-100 crore may be spent for re-work on the makers of the film. In such a situation, it is possible that instead of January 2023, this film can now move to theaters only by summer. Many experts related to the film industry have given information about this news.

Because of this, the makers were trolled

The teaser of this film of Tanhaji fame director Om Raut was released some time back. In which a lot of trolls were made about Saif Ali Khan’s look and Hanuman’s look. Not only this, the film was also accused of misrepresenting Ramayana. After the teaser of the film, it was also criticized by actors Arun Govil, Deepika Chikhaliya and Sunil Lahiri, who played characters like Main Ram, Sita and Laxman of Ramanand Sagar’s Ramayana. Now it has to be seen what changes the makers make in the film after these criticisms.