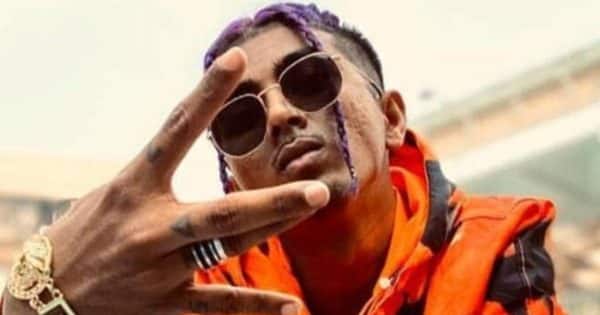 MC Stan demand more money from makers: A news about Bigg Boss contestant MC Stan is becoming very viral on the internet that he has asked the makers to increase his fees to stay in Salman Khan’s show. However, in some reports, this thing is being told as fake.

Bigg Boss 16 Update: Tina Dutta is back in TV’s most explosive and controversial reality show ‘Bigg Boss 16’. In fact, Salman Khan had thrown Tina out of the house on Weekend Ka Vaar. However, in the last episode, Tina Dutta has once again made a bang in the Bigg Boss house. But this time she has not returned as Shaleen Bhanot’s friend but as his enemy. In the recent episode, Salman Khan asked MC Stan whether he wants to stay in the show or not. On this MC had said that he does not feel like here. MC had also said that he has to leave the show. Although Salman explained to him, after which he agreed. Meanwhile, some news started getting viral on the internet that MC Stan has demanded more money from the makers for this show. But this news is being called fake.

The Khabri has shared a post on its Twitter handle, in which this news has been called wrong. As per reports, the makers have not increased the fees of MC Stan. MC Stan has stayed in this show because of his fans. If he leaves Bigg Boss 16 midway, then he will have to pay Rs 2 crore.

Rumors that Channel has increased Fees of #MCstan to stay in the show, and have also paid some extra amount are completely baseless and False.#mcstan decided to stay as he was convinced by #SalmanKhan to stay for fans, also had to pay 2 Crore’s if he quit.

Tina Dutta made a comeback with a bang

Please tell that Tina Dutta has made a comeback in Salman Khan’s show, due to which Shaleen’s senses flew away. In fact, on Weekend Ka Vaar, Salman had told Shaleen that if you want to save either Tina or Sumbul, you will have to sacrifice 25 lakhs. After this, Shaleen did not save anyone, after which Tina got evicted due to less votes. In the last episode, Bigg Boss once again played his game. During this, he asked Shaleen if you want to save Tina by sacrificing 25 lakhs, so this time he said yes. But Tina felt bad that why Shaleen had not saved her in the first place.