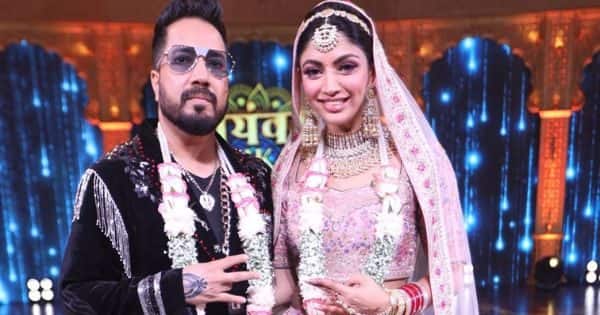 tv actress Akanksha Puri (Akanksha Puri) told in an interview given to E-Times that his and Mika Singh The bonding of ‘Mika Di Votti’ did not change even after Swayamvar and he remained good friends as always. Talking about this, Akanksha Puri said, “Yes Swayamvar was about choosing a partner. So, we thought it better to choose each other, as we already knew each other. We never said that we are together. love each other and neither romanced.”

Talking in this regard, Akanksha Puri further said, “Our decision was already clear that we are looking for a life partner and such who is our friend first. But ‘Mika Di Votti’ show Even after that, nothing changed between us and we remained good friends as before.”

Akanksha and Mika Singh are busy in their respective work

TV NewsTalking about herself and Mika Singh, actress Akanksha Puri said that we respect each other. We are paying more attention to our profession right now. Both have experienced many bitter experiences in life, so we are slowly moving forward. We don’t hold each other’s hands and don’t have any romance in public, because we know what we are.