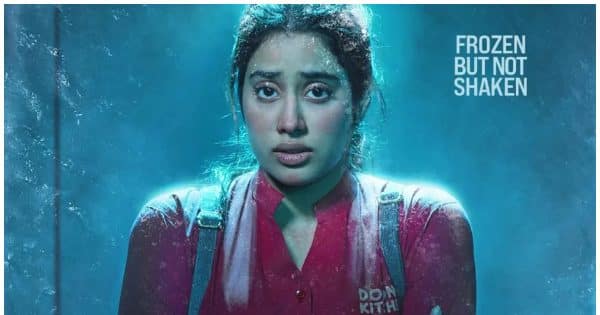 Mili Box Office Morning Occupancy Report: Bollywood film star Jhanvi Kapoor’s film Mili has reached theaters today. However, the film made a slow start in theatres. To see this film, in the first day first show, a total of so many spectators reached the cinema hall.

Mili Box Office Morning Occupancy Report: Bollywood film star Janhvi Kapoor and Sunny Kaushal starrer producer Boney Kapoor’s film Mili has reached theaters today. The film has a very slow opening in the theatres. Which can prove to be a matter of concern for the makers. The film may have given a good response by the audience. But very few people have reached the show before watching the film. The morning occupancy report of the first day has come out as soon as the film is released. In which the number of footfalls is worrying.

In the first show, Miley achieved this percentage of total occupancy

entertainment news (Entertainment News) According to the latest reports coming out from the world of Bollywood, the film Mili, made under the production banner of Boney Kapoor, has achieved an overall occupancy rate of 6.40 percent in the morning shows. According to a report by Sainik.com Jhanvi Kapoor The film of Mili has not been able to achieve even the figure of 10 percent occupancy in Morning Shows. However, the further performance of the film will depend more on the words of mouth it is getting from the audience. Secondly, this film is also getting tough competition in theaters from Katrina Kaif’s film Phonebhoot which was released simultaneously.

Mili’s making budget is so much