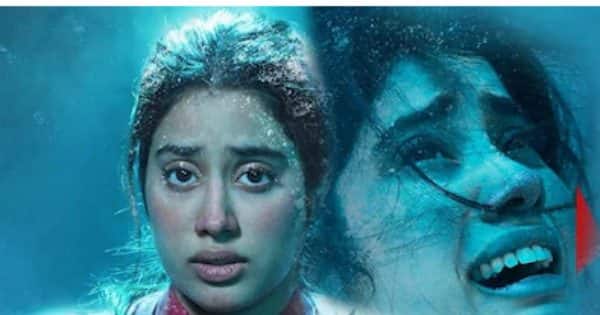 Mili Movie Leak Online: Jhanvi Kapoor and Sunny Kaushal’s film ‘Mili’ has been leaked online just hours after its release. The piracy of this film is going to give a big blow to the makers.

Mili Film Leak Online: Bollywood actress Janhvi Kapoor’s film ‘Mili’ has been released today i.e. on November 4 at the box office. The film is getting a very good response from the audience. In such a situation, the makers of ‘Mili’ are expecting a good collection from the film. But now a bad news is coming out for the makers. Actually, Jhanvi Kapoor’s film has been leaked on piracy sites like TamilRockers and Torrent within a few hours of its release. Due to this, the makers are going to lose crores of rupees.

Jhanvi Kapoor And Sunny Kaushal’s film ‘Mili’ is made in a budget of Rs 50 crore. This one female-centric film of Jhanvi Kapoor has cost Rs 30 crore to prepare, while its promotional cost is Rs 50 crore. Despite such a huge budget, the film made a sluggish start on the opening day. The morning occupancy of Jhanvi Kapoor’s film was only 5 to 7 percent. In such a situation, if the film is leaked online, the makers may have to face the loss of crores.

Let us inform that on November 4, three films have been released at the box office, in which Jhanvi Kapoor’s ‘milli’, Katrina Kaif, Ishaan Khatter and Siddhant Chaturvedi’s ‘Phone Bhoot’ and Sonakshi Sinha’s ‘Double XL’ have been released. In such a situation, there is a direct competition of these three films. The release of three films simultaneously will have an impact on their earnings. However, due to the leaking of the film online, the collection will also have a big impact.

Talking about the film ‘Mili’, in this film directed by Mathukutty Xavier, apart from Jhanvi Kapoor, actor Sunny Kaushal is also playing the lead role. The film is getting positive reviews from the audience.