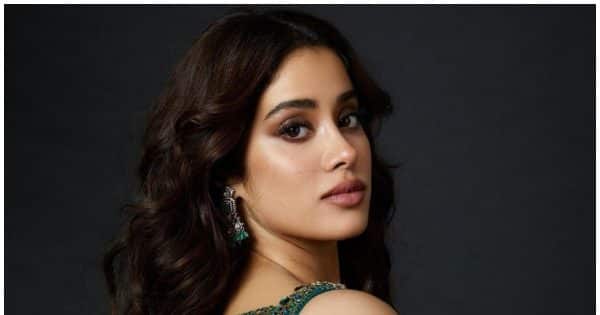 Mili star Janhvi Kapoor buys new home in Bandra: late film actress Sridevi and film producer Boney Kapoor daughter of Jhanvi Kapoor (Janhvi Kapoor) is seen climbing the stairs of success continuously. The actress is busy winning the hearts of fans one after the other with her interesting films. After entering Bollywood with a big budget film like Jhanvi Kapoor Dhadak, now the content is focusing on the best films. This thing becomes clear from the list of films coming out with their unique stories. Actress Jhanvi Kapoor’s recent release Mili Bhi is a film based on a different story. In which actress Jhanvi Kapoor is in the role of a girl struggling with life and death. Apart from the professional front, if we talk about the personal life of the actress, here also the actress is seen climbing the ladder of success.

recent actress Jhanvi Kapoor Bought a new house in Mumbai. The cost of this house is being said to be around Rs 65 crore. entertainment news (Entertainment News) According to the media reports coming out from the world, actress Jhanvi Kapoor has bought a duplex bungalow in Bandra area of ​​Mumbai. The cost of which is being said to be Rs 65 crores. This house is in West Pali Hills area. Which is about 8,669 square feet tall house. In which the carpet area is 6421 square feet. The registration of this property was done on October 12. According to reports, the actress has paid stamp duty and registration fee of Rs 3.90 crore for this.

Recall that earlier in July this year, actress Janhvi Kapoor sold an apartment of about 3,456 square feet to film star Rajkumar Rao. This sale was done for Rs 44 crore. Jhanvi Kapoor bought this house in the year 2020. Now the actress has given more flight to her dreams by buying a new house for herself.