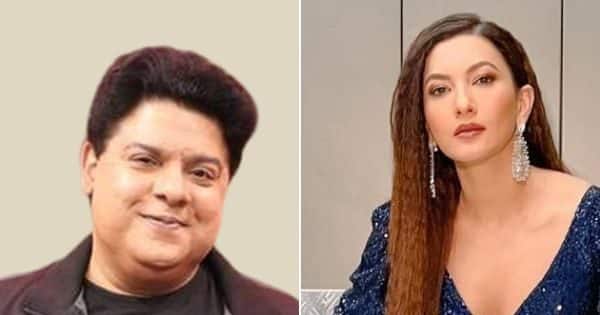 Sajid Khan On Break Up With Gauahar Khan: An old video of Sajid Khan is becoming very viral, in which he was seen talking about breaking up with Gauahar Khan. In the video he told that my character was very loose and I used to say love you to everyone.

Sajid Khan On Break Up With Gauahar Khan: TV’s banging show ‘Bigg Boss 16’ has been in the headlines since its inception. Especially the contestant of the show Sajid Khan has been in controversies since the beginning of the show. Actually, Sajid Khan was accused of sexual abuse by many actresses, due to which the audience demanded to take him out of the show. ‘Bigg Boss 16’ The Delhi Commission for Women had also expressed displeasure over Sajid Khan’s entry in the show and demanded his immediate expulsion from the show. Amidst all this, an old video of Sajid Khan has also created a ruckus. Actually, Sajid Khan actress in the video gauhar khan They were seen discussing about the breakup together. In the video, he told that my character was very loose at that time.

Sajid Khan This video of (Sajid Khan) has increased the mercury of the people. Actually, the filmmaker was asked in the video why he and Gauahar Khan had a breakup after the engagement. To this Sajid replied, “Our engagement was even covered by a newspaper. My character was very loose at that time. I was hanging out with girls and saying I love you. Although I have never been with anyone. I didn’t misbehave. By now I should have got three and a half hundred marriages. All the girls I was with in my life, they must have abused and remembered me somewhere.”

Sajid Khan also talked about love stories in his video and said that relationship has a lot of ups and downs. But arranged marriages are fine to a large extent, because in that two people first become friends and then they fall in love. Sajid Khan also talked about women in the video and said, “In today’s times, if you tell a woman to be a ‘blasphemous woman’, she will leave you.” However, Sajid also became a target of people for this video of his. The trolls left no stone unturned to organize their classes.

Let us tell you that many beauties like Sona Mohapatra, Mandana Karimi, Rani Chatterjee, Urfi Javed, Devoleena Bhattacharjee and Kamya Punjabi protested the entry of Sajid Khan in ‘Bigg Boss 16’.