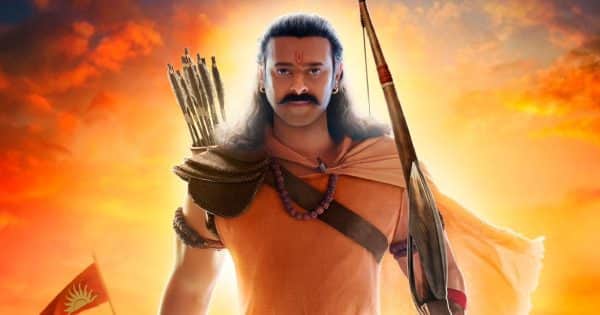 Adipurush New Poster Release: On the birthday of Megastar Prabhas, a new poster of ‘Adipurush’ has been released. In this poster, Prabhas is looking very adorable as Lord Shri Ram.

Adipurush New Poster: South superstar Prabhas is celebrating his 43rd birthday today. On this occasion, along with the fans, celebrities are also congratulating him a lot. There itself ‘Lone man (Adipurush)’ makers have given a special gift to Prabhas on his birthday. Actually the makers have released a new poster of ‘Adipurush’, in which Prabhas is seen as Lord Shri Ram. With bow and arrows in his hands and tilak on his forehead, Prabhas looks very attractive in the image of Lord Shri Ram.

Sharing the new post of ‘Adipurush’ Radiance wrote in the caption, “Maryada Purushottam Prabhu Shriram. Aadipurush will release in cinemas on January 12, 2023.” People are commenting a lot on this post of Prabhas and giving their feedback. While some people are wishing Prabhas on the occasion of his birthday, while some fans are wishing ‘Adipurush’ to be successful.

Starcast and controversy of ‘Adipurush’

In the film ‘Adipurush’ based on the life of Lord Shri Ram, where actress Kriti Sanon will play the role of Mother Sita, Saif Ali Khan will be seen in the role of Ravana. Recently the teaser of the film was released, due to which there was a lot of ruckus. People not only made fun of the VFX of ‘Adipurush’ but also questioned the look of ‘Raavan’ and ‘Hanuman’. public in film Saif Ali Khan The look was said to be inspired by the Mughals. During this, many people accused the makers and starcast of ‘Adipurush’ of hurting the religious sentiments of Hindus. Amidst the controversies, people are praising the new poster of the film.

Talking about ‘Adipurush’, Om Raut is directing this Prabhas starrer. The film is being produced under the banner of Bhushan Kumar’s company T-Series. The film will hit the theaters on January 12.