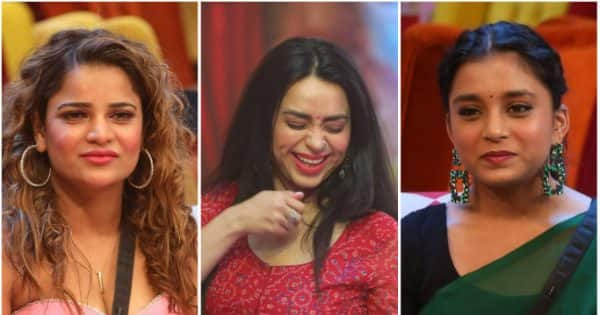 Bigg Boss 16 Elimination: In Salman Khan’s popular reality show Bigg Boss 16, a total of three beauties have been nominated in the elimination round this week. In such a situation, there is a ruckus among the audience that out of Sumbul Tauqeer Khan, Archana Gautam and Soundarya Sharma, which actress is going to leave the show this week?

Bigg Boss 16 Elimination Latest Update: Salman Khan’s reality show Bigg Boss 16 has completed 1 month. The show, which went on air on Colors, has started making headlines within a month. There are two reasons behind this. The first reason is that this time the makers have chosen the contestants very carefully. The second reason is that except a few, all the contestants are giving cool content at this time. Talking about the 5th week of Bigg Boss, this time the nomination round has been quite a bang. This time all the contestants had to stab each other in the back. After this process, the nominations fell on Soundarya Sharma, Archana Gautam and Sumbul Touqeer Khan.

Actually, a tweet has been made on a Twitter handle named Bigg Boss Tak, which is becoming increasingly viral at the moment. It is written in this tweet, ‘The makers did not even open the voting line… These people will get the eviction done through the voting of the contestants. Most people would guess the name of Sumbul. So will Sumbul go to the secret room now? After taking the idea from there, she will go back to the field to play the game. As soon as this tweet came to the fore, there was an uproar among the fans of Bigg Boss 16 contestant Sumbul Tauqeer Khan. After the nomination round, it is believed that the chances of Sumbul Tauqeer Khan getting out of the show this week are the highest.

Last week itself, Salman Khan has fiercely organized Sumbul Tauqeer Khan’s class. Sumbul Tauqeer Khan is not seen doing anything special in this show since the beginning. Salman Khan explained to Sumbul during Weekend Ka Vaar how she has been appearing in the show so far? Along with this, she also told in gestures that even after becoming an expensive contestant, she is not able to give some special content to the show. For the time being, it has to be seen whether no one will really go out of this show this week? Or else this week the audience is going to get a big shock.