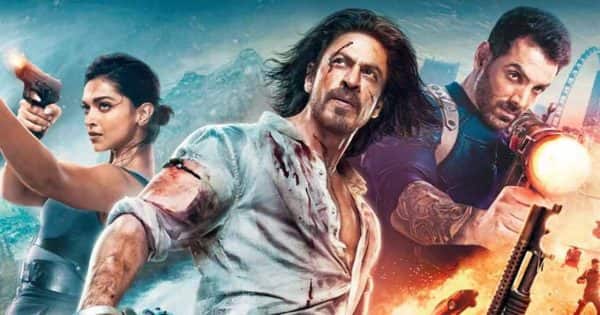 Pathan Advance Booking First Day: Popularly known as Badshah and King Khan in the Bollywood industry Shah Rukh Khan these days in the film world ‘Pathan’ are made. Actually, Shahrukh Khan’s film ‘Pathan’ is going to be released in theaters on January 25, 2023. Even though there is a controversy going on about this film, the craze of the fans has not diminished. The result of this is being seen in the advance booking of the film. Craze is being seen not only in India but abroad regarding Shah Rukh Khan’s film ‘Pathan’. We are not saying this, but we are telling the figures of advance booking of the film ‘Pathan’. Let us know how much Shah Rukh Khan’s film has earned in advance in USA. Also Read – Shahrukh Khan got a big gift before the release of Pathaan, Fan Club booked First Day First Show for 50 thousand people!

Advance booking for first day of ‘Pathan’ in USA

Let’s Cinema on its Twitter handle in USA Shahrukh Khan Has shared the advance booking figures of the first day of the film ‘Pathan’. According to the tweet, in the USA, the film has earned more than $ 3 lakh i.e. Rs 2.4 crore as advance booking on the first day. In this way, the excitement before the release of Shah Rukh Khan’s film ‘Pathan’ in USA is clearly visible. At the same time, it is being claimed in the media reports that Shahrukh Khan’s fan club has organized the screening of the first day first show of the film ‘Pathan’ for 50 thousand people across India. Also Read – John will create rebellion by becoming a villain in Pathaan, these actors also made people crazy in the role of villain

#pathan Day 1 ticket pre-sales in the USA is about to cross $300,000 (₹2.4 crores). Massive opening pending for #ShahRukhKhan , pic.twitter.com/xoxq3vD80u

That’s why ‘Pathan’ is being opposed

Apart from Shah Rukh Khan, Deepika Padukone and John Abraham are going to be seen in the film ‘Pathan’ to be directed by Siddharth Anand. Let us tell you that there is a lot of controversy regarding the song ‘Besharam Rang’ in Shah Rukh Khan and Deepika Padukone’s film ‘Pathan’. Regarding this, they are giving their feedback from general to special. In fact, Deepika Padukone is wearing a saffron bikini in the song of the film and people say that her sentiments have been hurt. After this, the opposition to Shah Rukh Khan’s film started. Also Read – John Abraham unhappy with the trailer of Pathaan! Actor breaks silence on tension with Shahrukh Khan