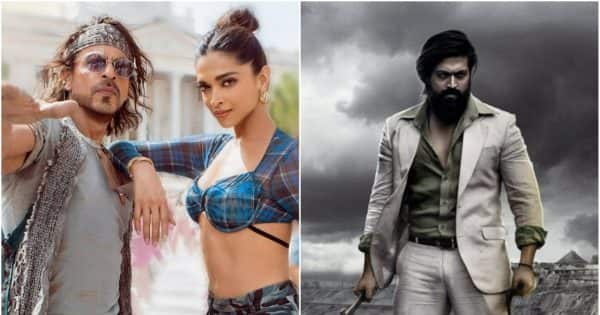 Pathan Advance Booking Latest Update: Tremendous excitement is being seen among the fans regarding Bollywood actors Shah Rukh Khan, Deepika Padukone and John Abraham starrer film ‘Pathan’. Because through this film, Shahrukh Khan is going to return to the big screen after 4 years. In such a situation, the fans of Shahrukh want to celebrate this ‘Pathan’ like a festival. Seeing the excitement of the people, advance booking of ‘Pathan’ has also started. Advance bookings of the film were opened on Wednesday, which received tremendous response from the audience. The advance booking of the film continued to boom on Thursday as well and the film created a record by selling 1.17 lakh tickets in just 24 hours. Also Read – Pathaan: Why Shahrukh Khan will not promote the movie Pathan in ‘Bigg Boss 16’?

shahrukh khan movie ‘Pathan’ The advance booking has opened completely on Friday. Till 6 pm on Friday, the film has sold around 171 lakh tickets across major chains – PVR, INOX and Cinepolis in the country. In such a situation, this film can sell more than 2 lakh tickets on the second day of advance booking. Going by the advance bookings of Shah Rukh Khan, Deepika Padukone and John Abraham’s ‘Pathan’, it looks like the film might break the records of Hrithik Roshan’s ‘War’ and Rocking Star Yash’s ‘KGF 2’. Also Read – Pathaan Vs Shehzada: Will Shahrukh Khan’s Pathan be defeated by Karthik Aryan’s Shehzada? What will be the result?

‘Pathan’ will be released on this day

Significantly, the film ‘Pathan’ directed by Siddharth Anand is going to release on January 25. in this movie Shahrukh Khan Playing the role of RAW agent, who will be seen clashing with John Abraham. Along with tremendous action, thriller and adventure will also be seen in this film. Also Read – Shah Rukh Khan’s fan does not have money to watch ‘Pathan’, shared the video and said- ‘If I will not be able to see the film…’