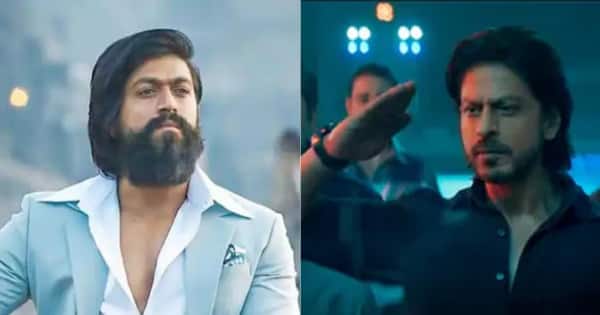 Shahrukh Khan Pathan Break KGF 2 Record: Shahrukh Khan’s film Pathan has rocked even before its release. This film broke this record of KGF2.

Pathan Break KGF 2 Record: The responsibility of making a strong comeback to Bollywood at the box office is now on the shoulders of Shahrukh Khan’s film Pathan. There is a lot of talk about this film these days. This film of Shahrukh Khan is going to be released on the big screen on 25 January. Before this, this film has started making new records at the box office. Ever since the advance booking of Pathan’s tickets has started, new news is coming out everyday about this film. Shah Rukh Khan’s Pathan has broken the record of this film even before its release, after knowing which everyone is surprised. Also Read – Delhi High Court gave instructions regarding Pathaan, these changes will have to be made before the release of Shah Rukh Khan’s film on OTT

Pathan broke the record of KGF 2

King Khan of Bollywood Shahrukh Khan and Deepika Padukone film Pathan It has once again come into the limelight. In the case of overseas advance booking, the film has again created a new record. According to media reports, Shah Rukh Khan’s film kgf 2 has been left behind. The report claimed that Shah Rukh Khan’s film Yeh Kamal has done wonders in Germany. According to the report, Pathan has earned 1.32 crores. So the same KGF 2 was able to earn only 1.2 crores. After this report came to the fore, along with the makers, the fans are also looking very happy. If Shah Rukh Khan’s film continues to progress in advance booking like this, then the film will rock the box office on the first day. Also Read – Shweta Tiwari danced on ‘Besharam Rang’ wearing a bathrobe, showed killer moves on the song ‘Pathan’

This is the budget of Pathan

Makers have spent a lot of money in making this film of John Abraham and Shah Rukh Khan. According to media reports, the budget of this film is Rs 250 crore. With this film, Shahrukh Khan is returning to Bollywood in the lead role after many years. Now it has to be seen how much this film can earn at the box office. What is your opinion about the earning of this film, do tell us by commenting. Also Read – An unseen picture of Shahrukh surfaced from the set of Pathaan, the film team was seen carrying King Khan in his lap