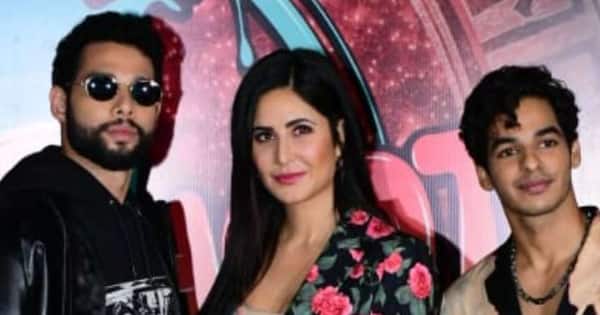 The film Phonebhoot starring Katrina Kaif, Siddhant Chaturvedi and Ishaan Khattar has seen a significant increase in its earnings for the third time. This film has earned so many crores at the box office on the third day.

Katrina’s film rocked the box office on the third day

Katrina KaifThe film starring Siddhant Chaturvedi and Ishaan Khatter in the lead roles phone ghost There is a gradual improvement in the earnings of (Phone Bhoot). Katrina’s film had earned Rs 2.05 crore on the first day at the box office. So the same film collected Rs 2.70 crore on the second day. After this, now the latest figures of the film’s earnings have come out, according to this, the film has earned Rs 3.05 crore on the third day. In the same year, the total collection of the film has gone up to Rs 7.85 crore. The fans are looking very happy after seeing this improvement in the film’s earnings.

The film’s collection was less than expected

Makers had high hopes from Katrina Kaif and Siddhant Chaturvedi’s film Phone Bhoot. So far the overall collection of the film has not been anything special. It was believed that the film would earn Rs 50 crore at the box office in the first week. But after seeing this pace of earning, it seems difficult to happen. What is your opinion about this film of Katrina, do let us know by commenting.