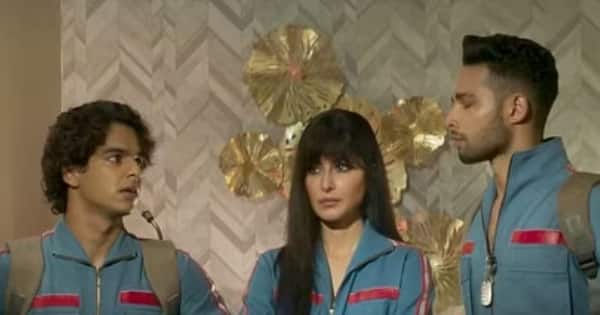 Phone Bhoot Box Office Collection Early Estimate Day 2: These days Bollywood movies are dominated at the box office. More recently, on November 4, not one but three Bollywood movies have been released. One of this is Katrina Kaif, Siddhant Chaturvedi and Ishaan Khatter’s film Phone Bhoot. The latest figures of the earnings of this film have come in front of us. The film’s earnings are going to see an improvement on the second day. So let’s know how much the film has earned on the second day according to the figures that have come out so far.

The film did so much collection on the second day

bollywood actress Katrina Kaif And it has been two days since the release of actor Siddhant Chaturvedi’s film Phonebhoot. The film did not do well on the first day at the box office. If we talk about the first day’s earnings of the film, then ‘Phonebhoot’ had earned Rs 2.05 crore at the box office on the first day. Now the latest figures of the film’s earnings have come out. According to the report of Koimoi, Siddhant Chaturvedi, Katrina Kaif and Ishaan Khatter’s horror comedy film Phone Bhoot is going to earn Rs 2.50 to 3.50 crores on the second day. For information, let us tell you that these figures are approximate. But according to these figures, the film’s earnings can see an improvement on the second day. But people will have to see how much this film entertainment able to do

If the earnings of Katrina Kaif and actor Siddhant Chaturvedi’s ‘Phonebhoot’ continue like this, then the film will take a long time to earn Rs 50 crore at the box office. According to media reports, the makers have spent Rs 80-90 crore to make this film. What is your opinion about this film of Katrina Kaif.