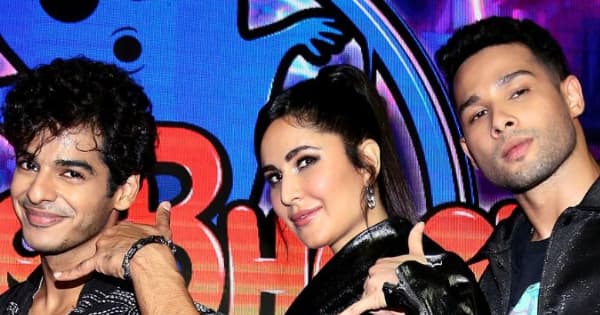 Phone Bhoot Box Office Collection Day 5: Katrina Kaif and Ishaan Khatter starrer ‘Phone Bhoot’ has been in the news since its release. There is a lot of discussion on social media about the story of this film, but this film has not been able to show much at the box office. It has been 5 days since the film was released, but till now the film has not earned more than Rs 5 crore on any day. Now the figures of the 5th day’s earnings have come out, in which the condition of the film looks worse.

Ishaan Khatter, Siddhant Chaturvedi and Jackie Shroff Starrer film ‘Phone Bhoot’ has completed 5 days of release on the big screen. But still no significant improvement has been seen in the film’s earnings. While the film earned Rs 2.05 crore on the first day, there was a slight improvement in the film’s earnings on the second day. The film had collected Rs 2.75 crore on the second day. The film had so far the highest grossing on the third day. The film did a business of Rs 3.05 crore on the third day. Now the figures for the fifth day of the film’s earnings have been revealed. According to which the film has done a business of Rs 1.52 crore on the 5th day. With this, the total earning of the film has now gone up to Rs 10.71 crore. from this movie Entertainment The world had high hopes. (Also read: These Bollywood-Hollywood celebs bought fake followers on Instagram?,

Katrina will be seen in this film

After Phone Bhoot, Katrina Kaif is going to be seen in Salman Khan’s film Tiger 3. This film of Salman Khan and Katrina will be released in the year 2023. It has to be seen whether this film is able to make a splash at the box office or not. What is your opinion about Tiger 3, do let us know by commenting.