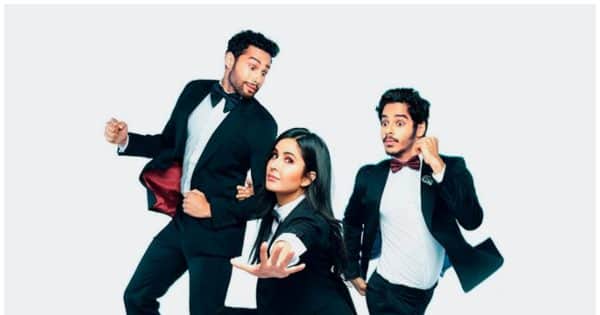 Phone Bhoot Box Office Day 1 Prediction: Bollywood stars Katrina Kaif, Siddhant Chaturvedi and Ishaan Khatter’s film Phone Bhoot has reached the theaters today. However, there was no buzz about this horror-comedy, directed by Gurmeet Singh, under the banner Excel Entertainment of Farhan Akhtar and Ritesh Singhwani. Despite this, the film seems to be getting good response from the audience on the first day. On the first day of the film, the audience has given good reviews on social media. After which everyone’s eyes are now on the opening day figures of this film. So what do trade pundits say, let us know.

Phone ghost will be heavy on Mili

actress Katrina KaifSiddhant Chaturvedi and Ishaan Khatter’s film phone ghost The makers have released in a total of 2500 screens across the country. Whereas in overseas this film has got 500 screens. In such a situation, there is a chance of taking a great opening of this film. Now according to the media reports that are coming out, then this film is going to cross the figure of 3-5 crores from theaters on the first day. Whereas, Ormex Media has estimated a total opening day of Rs 3.21 crore.

Milli will earn so many crores

Whereas, along with the phone ghost, two more films have also reached theatres. Another Sonakshi Sinha’s Double XL has been released, while Jhanvi Kapoor has also reached the theater with her film Milli. According to the reports that surfaced, a big fight was found and it is being seen between PhoneBhoot. In which Katrina Kaif’s film PhoneBhoot is currently winning the opening day. Which of these two films do you like better at the moment? You can tell us your opinion by commenting.