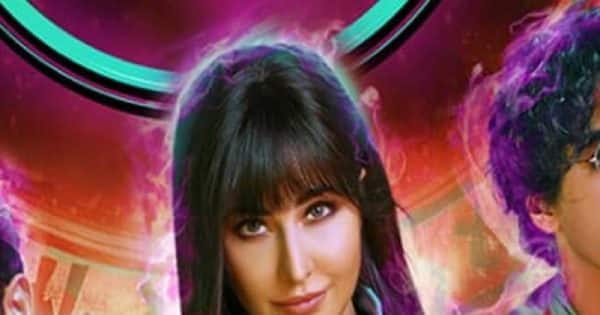 Katrina Kaif Phone Bhoot Early Estimate Day 1: The figures for the first day of Katrina Kaif, Ishaan Khatter and Siddhant Chaturvedi’s film Phone Bhoot have been revealed. Know here how the film has collected on the opening day.

Phone Bhoot Box Office Early Estimate Day 1: Katrina Kaif, Siddhant Chaturvedi and Ishaan Khatter’s film Phone Bhoot has finally hit the theaters. Katrina Kaif is seen in a completely new avatar in this film. Director Gurmeet Singh has done tremendous experiment with the character of Katrina in the film. From the starcast of the film, its story is also very strong. But despite this ‘Phone Bhoot’ could not show anything special at the box office. This horror comedy film of Katrina Kaif made a very slow start on the opening day.

According to a report published in the Indian Express Katrina Kaif, Ishaan Khatter and Siddhant Chaturvedi starrer, the film has collected between Rs 1.75-2.25 crore on the first day. Although this is only an early estimate of the first day earnings of ‘Phone Bhoot’, the final figures of the collection are yet to come. But seeing the figures of Early Estimate, the makers of ‘Phone Bhoot’ can get a big shock.

Please tell that Katrina Kaif’s ‘Phone Ghost’ Apart from this, actress Jhanvi Kapoor and Sunny Kaushal’s ‘Mili’ as well as Sonakshi Sinha and Huma Qureshi’s film ‘Double XL’ have also been released at the box office on November 4. If reports are to be believed, the collection of Katrina’s ‘Phone Bhoot’ has been affected due to the clash with these two films.

Produced by Farhan Akhtar and Ritesh Sidhwani, the film also stars Katrina Kaif, Ishaan Khatter and Siddhant Chaturvedi, along with actor Jackie Shroff. Jackie is in a negative role in the film. While Katrina Kaif is seen playing the role of ‘Bhootni’ in ‘Phone Bhoot’, Ishaan and Siddhant have such powers by which they can see ghosts. From the casting of the film to its screen play is also very good.