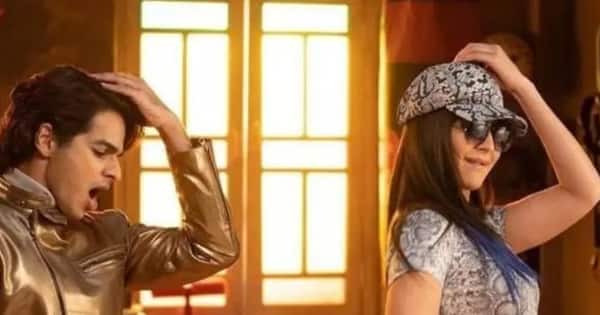 Phone Bhoot Box Office Collection Early Estimate Day 6: It has been 6 days since the release of Katrina Kaif and Siddhant’s film Phone Bhoot. Now new figures of the film’s earnings have come out, after seeing which you will also be surprised.

Phone Bhoot Box Office Collection Early Estimate Day 6: Katrina Kaif often remains in discussion on social media. These days she is in the headlines for her phone Bhoot. It has been 6 days since the release of this film, Katrina Kaif, but this movie has not been able to make a splash at the box office yet. There is a steady decline in the earnings of the film. The latest figures have come in front of us with the earnings of this film, after seeing which the fans and makers are looking very upset. So let’s see how much the film has earned on the sixth day.

Katrina’s film on the verge of flop

Katrina KaifJackie Shroff and Siddhant Chaturvedi’s film Phone Bhoot has completed 6 days of release at the box office. The film’s earnings have seen a decline since the third day itself. Meanwhile, now new figures of the film’s earnings have come out. According to the report of Koimoi, Siddhant Chaturvedi, Ishaan Khatter and Katrina Kaif’s film Phone Bhoot is going to earn from Rs 0.75 to 1.25 crores. After seeing this huge drop in the film’s earnings, the makers seem to be sinking their money on the movie. For information, let us tell you that these figures are approximate. The first day of the film had three decent earnings, but after that the earnings of ‘Phone Bhoot’ have seen a decline.

After seeing the earnings of Katrina Kaif’s ‘Phone Bhoot’, now the fans are waiting for her film Tiger 3. Bollywood superstar Salman Khan is going to be seen in this film. Now people have to see this film entertainment or its condition is also going to be like ‘phone ghost’.