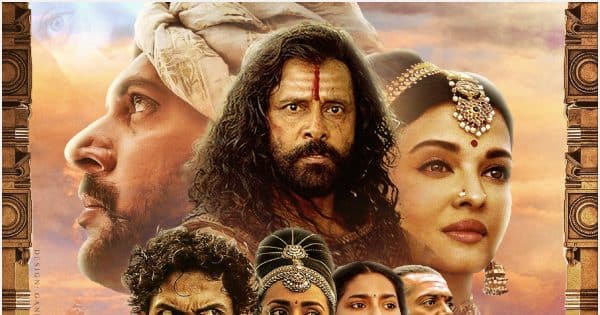 Ponniyian Selvan 2 Release Date: The second part of director Mani Ratnam’s Ponniyin Selvan, starring Bollywood star Aishwarya Rai Bachchan and Tamil superstar Chiyaan Vikram, is set to hit the theaters much earlier than expected. Interesting information has come to the fore regarding the release date of the second part of this film.

Ponniyian Selvan 2 Release Date: Bollywood star Aishwarya Rai Bachchan and Tamil superstar Chiyaan Vikram starrer director Mani Ratnam’s latest release Ponniyin Selvan 1 managed to impress the audience. The first part of the film was a success across the country and the film went on to earn handsomely worldwide. Since the success of this film, the eyes of the fans are on the second part of the film. Which is going to be released soon. Yes, usually the makers weave the story of the second part forward only after the success of the first part. But based on the story of Tamil Upannayas, director Mani Ratnam had already announced not only the second part of this film. In fact, he had also completed the shooting of the second part simultaneously. Also Read – KGF 2 begged for water in front of Ponniyian Selvan I, these 7 Kollywood films were also in bad condition

The first part of the film garnered a lot of love from the audience as soon as the makers released it. Along with this, the makers got busy in the post production of the second part of the film. The film reached the theaters on 30 September this year. It’s only been a month and a half since the release of the film. Along with this, discussions have also started regarding the release date of the second part of the film. Ponniyin Selvan Trade expert Ramesh Bala has given a hint about the release date of 2 with one of his tweets. Ramesh Bala tweeted that Ponniyin Selvan is releasing in April next year itself. According to the report, this film can be released on 28 April 2023. This news has sparked a wave of excitement among the fans. Also Read – South Gossips of The Week: Amala Paul’s second marriage creates ruckus, Samantha has skin allergy?

Let us tell you that after the bumper success of film director Mani Ratnam’s film Ponniyin Selvan 1, the makers have recently released it on the OTT platform as well. The film is streamed on Amazon Prime Video. Although this film has not yet been released in Hindi on OTT. Due to which the fans are also waiting for the OTT release date of the Hindi version of the film.