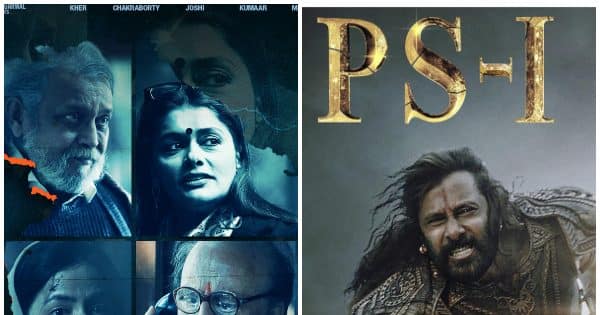 Ponniyin Selvan I beats The Kashmir Files: Tamil film director Mani Ratnam’s dream film Ponniyin Selvan is creating a ruckus at the box office. Only 9 days have been completed for the release of this film. The business figures of 9 days of the film show that the film is making huge money across the country. Director Mani Ratnam’s film Ponniyin Selvan, which has stars like Kollywood superstar Chiyan Vikram, Karthi, Trisha Krishnan and Aishwarya Rai Bachchan, has earned a lot of money at the Indian box office. Not only this, the film has also surpassed The Kashmir Files, the second highest worldwide grossing movie of this year, in terms of earnings, earning bumpers at the worldwide level.

Let us inform that in this year 2022, Anupam Kher and Mithun Chakraborty’s film on the displacement tragedy of Kashmiri Pandits reached the silver screen. The Kashmir Files It had earned a bumper collection of Rs 340 crore at the worldwide level. It became the second highest grossing Bollywood film of the year 2022. Now Ponniyin Selvan has got more earnings registered in his name, dusting the film’s earnings. ponniyin selvan Has done a total business of Rs 355 crores worldwide on the 9th day itself.

The film has done a business of Rs 150 crore in Tamil Nadu alone. While the film is registering its name in the rest of the states as well. Director Mani Ratnam’s film Ponniyin Selvan, made for Rs 250 crore, has earned more than its cost from theatres. With this, the film has acquired the tag of a hit. So are you excited to watch the director Mani Ratnam’s film Ponniyin Selvan. You can tell us your opinion by commenting.