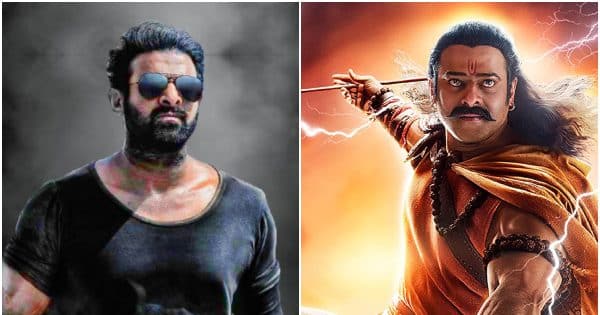 Not Adipurush But Salaar to be released in 2023: A big information has come to the fore regarding South Superstar Prabhas’ upcoming films Salaar and Adipurush. Because of which there is a lot of stir on social media at this time. It is reported that not Adipurush, but Salaar will hit the silver screen in the year 2023.

Not Adipurush But Salaar to be released in 2023: The last two films of Indian superstar Prabhas, Saaho and Radhe Shyam were badly beaten at the box office. The audience had huge expectations from both these films. Prabhas himself was also very excited about his films. However, these films failed to impress the audience and the box office result was quite disappointing. Despite this, the craze of Bahubali star Prabhas has not diminished among the fans. Superstar Prabhas still has big films like Adipurush, Salaar and Spirit in his hands. Some time back, the tremendous teaser of Adipurush was released by the makers. Also Read – Pushpa 2 dusted off Salaar, these 5 South films will rock the box office

However, with the release, this teaser came on the radar of critics. Including Saif Ali Khan and Hanuman shown in the film Radiance The look was heavily criticized. After which the makers extended the release date of the film till the summer of 2023. Now another surprising news has come about this film. news that the film Lone man Now, not in the summer of 2023, but Sankranti will be able to reach theaters only by 2024, next year. Also Read – Salaar: Prithviraj Sukumaran’s first look surfaced, the actor looked more handsome than Prabhas

According to a report in tracktollywood.com, the makers need more time to work on the VFX of Prabhas starrer Adipurush. Due to which the currently fixed date of 16 June 2023 of the film is going to be extended further. Whereas, this year only Superstar Prabhas’ film Salaar will be able to hit the theatres. According to reports, Salaar will reach theaters only by its scheduled release date of 28 September 2023. Which will be the only film of Prabhas to be released this year. The makers are now planning not to release Adipurush in a hurry. Because of which there has been a change in the list of Prabhas’ schedule release films. However, these are just reports and we are waiting for an official announcement from the makers regarding the release of both these films.