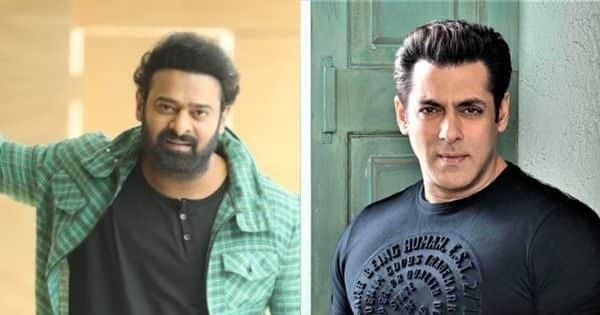 Prabhas Wedding News: superstar of south film industry Prabhas He has been in discussion for a long time about his film ‘Adipurush’. Even though there has been a lot of controversy after the release of the teaser of this film, Prabhas continues to remain in the headlines. At the same time, there were reports of an affair between Prabhas and Bollywood actress Kriti Sanon, who was seen in the film ‘Adipurush’. On the other hand, when her co-star Varun Dhawan, who went to promote the film ‘Bhediya’ with Kriti Sanon, joked about their affair on a reality show, people accepted this news as confirmed. However, Kriti Sanon denied these reports. As of now, Prabhas fans are very curious to know about his love life and marriage. Meanwhile, Prabhas has talked about his marriage during a talk show. about his marriage Salman Khan Has taken the name of Also Read – Year Ender 2022: These film stars sacrificed for the ‘Boycott Bollywood’ trend, stardom at the box office !!

Prabhas recently reached South Star Nandamuri Balakrishna’s OTT talk show ‘Unstopbel 2’. During this, Prabhas was asked about his love life. The host of the show Nandamuri Balakrishna asked her when will she get married. Prabhas gave a very accurate answer to avoid this question. He jokingly said, ‘After Salman Khan’ and laughed out loud. Prabhas answered many questions during this show. Also Read – Prabhas wished Adipurush director Om Raut on his birthday, said, ‘I can’t wait…’

Prabhas has so many films in the pipeline

Talking about the work front, Prabhas was last seen in the film ‘Radhe Shyam’ released in March 2022. Now Prabhas will be seen in films like ‘Adipurush’, ‘Salar’, ‘Project K’ and ‘Spirit’. Prabhas is the only star who has 4 Pan India films. The film ‘Spirit’ is also the 25th film of Prabhas’ career. Also Read – Year Ender 2022: People were shocked to hear the news of the affair of these Bollywood stars, an actress was trolled