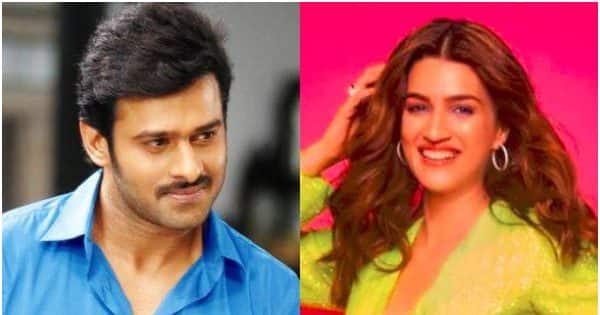 Prabhas on Bhediya Trailer: The banging trailer of Bollywood star Varun Dhawan and Kriti Sanon’s film Bhediya was released today. Which has got tremendous response from the audience. After watching this trailer, Prabhas himself also did not swell with happiness. See actor’s comment.

Prabhas on Bhediya Trailer: Bollywood stars Varun Dhawan and Kriti Sanon’s film Bhediya is preparing to hit the theaters soon. The audience is eagerly waiting for this film of Stree fame director Amar Kaushik. The Dhansu trailer of Varun Dhawan and actress Kriti Sanon starrer film Bhediya was released today by the makers. Which has got tremendous response from the audience. After watching the trailer of the film, the fans have already started claiming it to be a hit. Meanwhile, Superstar Prabhas also saw this fun trailer of his rumored girlfriend Kriti Sanon’s upcoming film today and could not stop himself from commenting on it.

supper star Radiance Varun Dhawan and Kriti Sanon After watching the trailer of the film Bhediya, commenting on InstaStory, wrote, ‘The trailer looks awesome. Many congratulations to the entire team. On this compliment received from ‘Varun Dhawan and Kriti Sanon’ Prabhas, actress Kriti Sanon also could not live without thanking him. Commenting on this, the actress wrote, ‘Prabhas you are very cute… Thank you.’ This cute conversation between Kriti Sanon and Prabhas has started doing the rounds on social media. You can view it here. 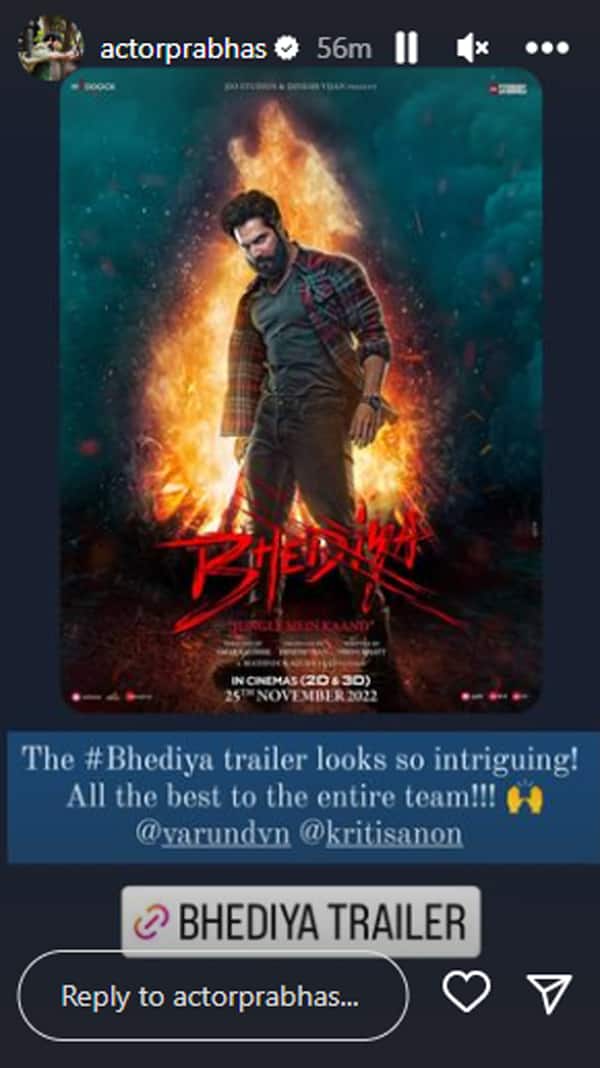 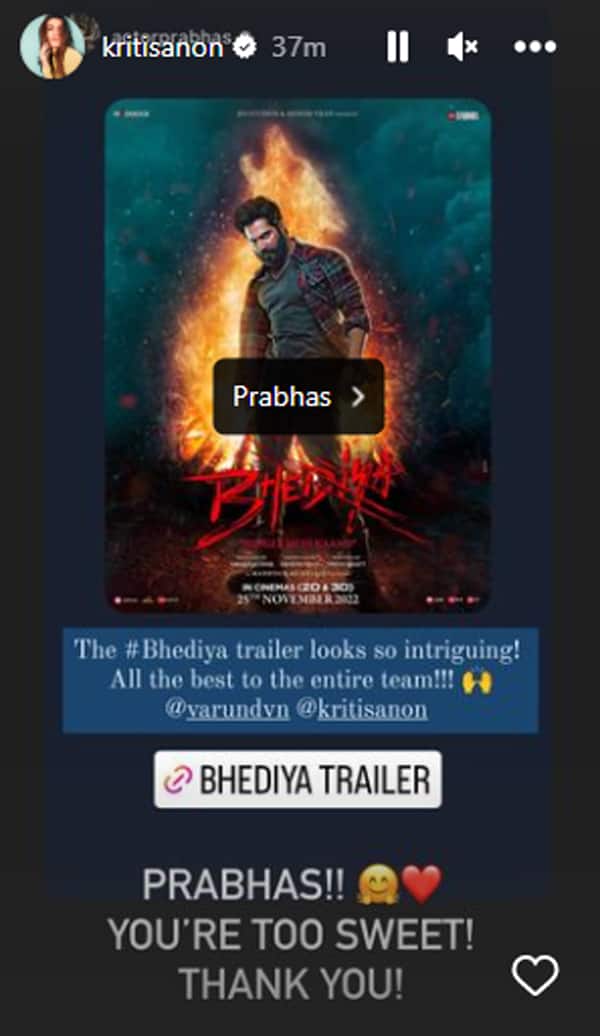 South superstar Prabhas and Kriti Sanon are going to be seen in the film Aadipurush very soon. While Prabhas is playing the role of Shri Ram in the film, actress Kriti Sanon will be seen in the role of Sita. After the shooting of this film, when actress Kriti Sanon first called Prabhas during a game round in Koffee with Karan 7 and the way the actor greeted the actress. Since then the rumors of the linkup of both have started coming to the fore. However, both of them consider each other as their only good friends. Despite this, their off-screen chemistry fuels their dating rumors.