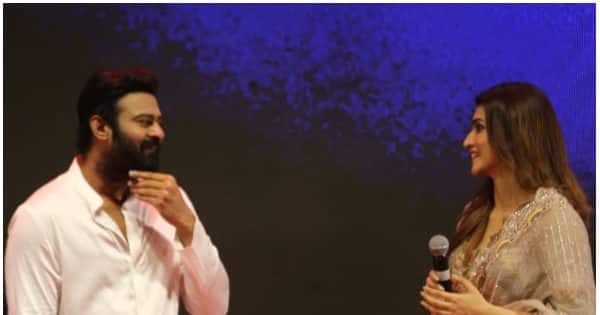 Prabhas proposed Kriti Sanon on Adipurush sets: The news of the affair of South Superstar Prabhas and actress Kriti Sanon is in full swing these days. There are constant reports coming out that film stars Prabhas and Kriti Sanon are dating each other. However, till now both these stars themselves have not confirmed the news of their affair. Both these stars neither denied these reports nor confirmed these reports. In such a situation, there is a continuous buzz in the film circles about the news of their affair. Meanwhile, on the previous day, Varun Dhawan created more panic in the entertainment world by hinting at the news of the affair of both the stars. Meanwhile, another interesting information about these two came to the fore. In which it has been claimed that these two stars are going to get engaged soon. Also Read – South Gossips of the Week: The news of Prabhas-Kriti Sanon’s affair turned out to be false, Pushpa 2 created ruckus in Russia

Prabhas has proposed Kriti Sanon in a romantic way

Officially Confirmed! #Prabhas proposed #KritiSanon during shoot #Adipursh , They are in relationship now!!! Engagement on the way very soon?????❤️❤️

Photos and videos of Prabhas-Kriti Sanon are going viral

Ever since this news came out. Since then, the news of film star Prabhas and Kriti Sanon’s affair is becoming viral like a fire on social media. Fans are also posting cute videos and photos of these two stars on social media by making collages. His photos and videos have created a ruckus in the internet world. So are you excited about the marriage of these two stars? Tell us your opinion by commenting. Also Read – Before Prabhas-Kriti Sanon, these stars fell in love during the shooting, became companions by holding each other’s hands