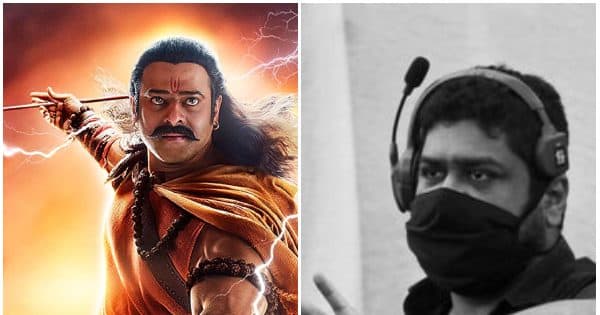 Adipurush star Prabhas wishes Om Raut: Om Raut, director of Bollywood’s much-awaited film Adipurush, is celebrating his 41st birthday today. After the blockbuster success of Tanhaji, fans are waiting with bated breath for this film of director Om Raut. At the same time, the presence of superstar Prabhas in the lead role in the film has made the fans even more excited. The explosive teaser of this film was released by the makers some time back. However, it came under attack from critics as soon as it was released. There was a lot of uproar over the teaser of the film. Opponents even accused the film of Islamizing the Ramayana. After which the makers immediately put the release of this film on hold. Now this film will be able to reach theaters only by summer next year. Also Read – These stars of South Cinema are secretly in love, Prabhas-Kriti Sanon’s name is on top of the list

This is how Prabhas wished Om Raut on his birthday

Meanwhile the director of the film Om Raut There is a lot of enthusiasm among the fans about K’s birthday. since morning on twitter Lone man trending. People are expressing their curiosity about the film by commenting. At the same time, superstar Prabhas has also left no stone unturned to make director Om Raut’s birthday special. The film star shared an adorable picture on Instastore directing director Om Raut. Sharing this picture, the superstar wrote, ‘Happy birthday darling, Om Raut, have a wonderful day. Can’t wait to show the whole world your magic through Adipurush.’ Along with this, the superstar has also shared a red heart emoji. You can see this post here. Also Read – Prabhas proposed to Kriti Sanon on the sets of Adipurush? Will get engaged soon!! Also Read – Not only Varun Dhawan, these stars also revealed the secrets of dating stars, the world was stunned

Adipurush will release on this day

In view of the controversies that started after watching the teaser of Adipurush, the makers put the release date of the film on hold on January 12, 2023. Along with announcing the next release date of the film, it was told that this film will now be released on June 16, 2023. After the protests against the film, director Om Raut is preparing to change the look of Saif Ali Khan and Hanuman. Because of which the film has again got entangled in pre-production work.