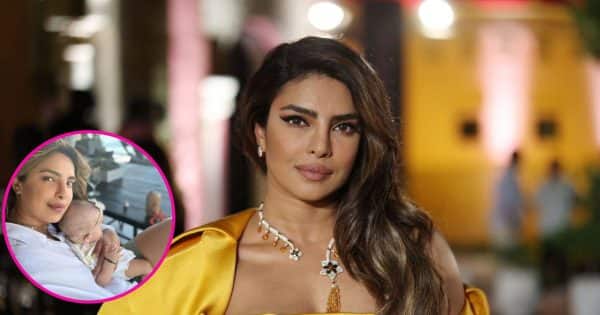 Priyanka Chopra On Opting Surrogacy: Bollywood’s famous actress Priyanka Chopra has left no stone unturned to win the hearts of people with her style. Last year in June, Priyanka Chopra and Nick Jonas became the parents of a daughter through surrogacy, whom they named Malti Mary Chopra Jonas. But to resort to surrogacy Priyanka Chopra Not only were there trolls, but she also got taunts like ‘rented womb’. At the same time, after the daughter is one year old, now the actress has revealed why she resorted to surrogacy to become a mother. Also Read – Today Entertainment News: Composer Nirmal Mukherjee passes away, trailer release date of film ‘Selfie’ out

Priyanka Chopra did not want to discuss surrogacy

Priyanka Chopra further said in her interview that she did not want to talk about surrogacy at all. To this she replied, “You don’t know me, you don’t know the pain I went through. And just because I don’t want to share my medical history, people don’t even give us a chance to explain our reasons.” can hide.”

Priyanka Chopra replied to those who trolled her daughter

Priyanka Chopra further told in the interview that she does not care about herself, but she cannot tolerate when someone questions her daughter. He said about this, “It hurts a lot when people talk about my daughter. I believe that at least keep her out of all this. I am very careful about this chapter of my life. Because it is not only my life but also my daughter’s life.” Also Read – Priyanka Chopra won the hearts of trolls with her pictures, people were attracted to the new look of the actress