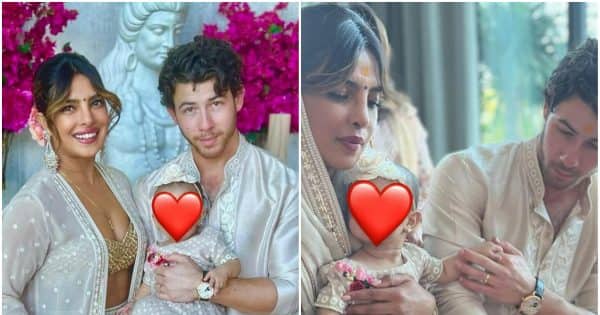 Priyanka Chopra Diwali: Diwali was celebrated not only in Bollywood but also in Hollywood. Like every year, the desi girl of the industry Priyanka Chopra celebrated Diwali with her family with great pomp. But this time Priyanka and Nick’s Diwali was even more special as it was their first Diwali after the birth of daughter Malti Marie Chopra Jonas. Recently, Nick Jonas has shared some pictures of Diwali celebrations with his Instagram handle. However, once again Malti’s face is hidden in these pictures.

In these pictures shared by Nick, Priyanka, Nick and Malti are seen twinning in white outfits. It can be seen in the photos that Malti is sitting on Priyanka’s lap, while Nick Has held the daughter’s hand. Together these three are worshiping Goddess Lakshmi on the occasion of Diwali. one side where Priyanka While she is wearing a white colored lehenga, Nick is also wearing a white kurta-pajama in a desi style. Daughter Malti is wearing a white frock. Priyanka’s family looks very beautiful in traditional outfits.

Sharing these pictures, Nick Jonas wrote in the caption, “Beautiful Diwali celebration with my love. Happy Diwali to all. May your lives be filled with happiness and light.” People are commenting a lot on these pictures of Nick Jonas and giving their feedback.

Significantly, Priyanka Chopra and Nick Jonas tied the knot on December 1, 2018. The two first got married according to Hindu rituals and then according to Christianity. This Grand Fat Wedding had made a lot of headlines all over the world.