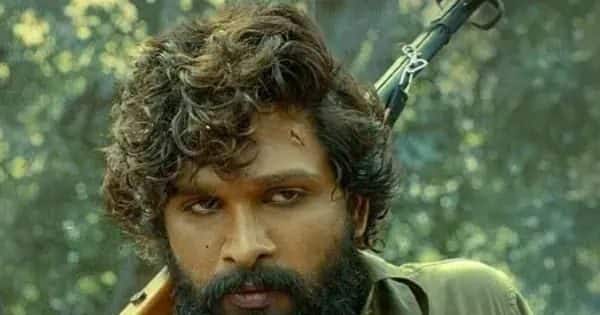 Pushpa 2 Release : South film industry star Allu Arjun And Rashmika Mandanna a film by ‘Pushpa: The Rise’ People liked it a lot. Its result was clearly visible at the box office. Released in December 2021, the film did a business of more than Rs 300 crore. After this film, people started demanding its second part and people’s wish was fulfilled. Actually, the sequel of this film was announced. The sequel of the film in the past ‘Pushpa: The Rule’ The pictures of Pooja had surfaced before the shooting of the film started. Along with this, it was told that the shooting of the film will start soon. Now the update related to this film has come out.

Allu Arjun Talking about the film ‘Pushpa: The Rule’. Talking to ‘CNN-News 18 Indian of the Year 2022’, he said that the shooting of the film will happen very soon and the film may hit the theaters next year. Allu Arjun further said that his film Pushpa was made during Kovid-19. He would like to dedicate his award to the Essential Service staff as he has great respect for all of them. Allu Arjun expressed happiness that the film has been received so much.

Let us tell you that ‘Pushpa: The Rise’ was the biggest hit film of Allu Arjun and Rashmika Mandanna’s career. Now it will be interesting to see how much love people give to the sequel of the film ‘Pushpa: The Rule’. It is being told that the budget of ‘Pushpa: The Rule’ starring Allu Arjun, Fahad Fazil and Rashmika Mandanna is going to be close to 500 crores. 50 crores is to be spent in the promotion of the film Khali. ‘Pushpa 2’ is going to be released in a total of 10 languages.