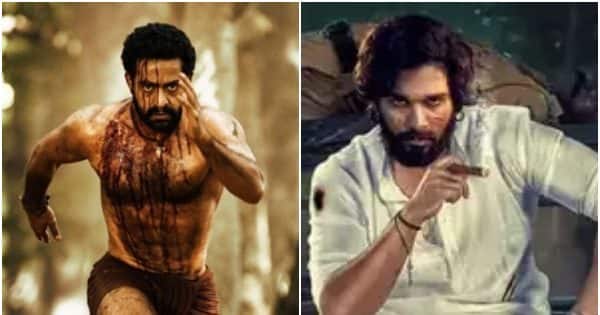 Pushpa 2 makers copies RRR scene: There is a lot of buzz about South Superstar Allu Arjun’s upcoming film Pushpa 2. The shooting of this film has started. It is reported that director Sukumar has stolen a scene from the film RRR to make the film a hit.

Pushpa 2 makers copies RRR scene: South superstar Allu Arjun and Rashmika Mandanna starrer director Sukumar’s upcoming film Pushpa 2 has a lot of buzz. Since the success of the first part of this film, the fans are excited about the second part of the film. In such a situation, even the smallest news related to the film becomes increasingly viral. Meanwhile, an interesting information has come out about South Superstar Allu Arjun starrer Pushpa 2. It is reported that film director Sukumar has stolen the idea of ​​a scene from director SS Rajamouli’s film RRR to make his film Pushpa 2 even bigger.

Sukumar took the idea out of this scene of RRR

It is heard that director Sukumar has planned a tremendous forest scene for Superstar Allu Arjun’s film Pushpa 2. in this scene Allu Arjun Tiger will be seen clashing on screen. These scenes were shown in the hair-raising RRR Junior NTR Just like the scene. In which the film star clash was shown with a tiger. On the lines of this scene, now director Sukumar is also planning something similar for Allu Arjun.

Any Bollywood actress will enter Pushpa 2

Here, there is news that a leading Bollywood actress may also enter Pushpa 2. According to the media reports coming out, the makers are also planning a tremendous item song in the film. In which any big Bollywood actress can enter. In such a situation, now everyone’s eyes are on the news that which Bollywood actress will be entered in this film. So are you excited to watch this film of Allu Arjun and Rashmika Mandanna starrer director Sukumar. Tell us your opinion by commenting.