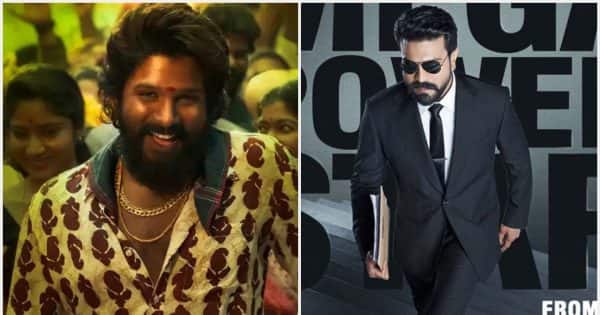 Pushpa 2 Vs RC 15: There is going to be a stir in the world of Tollywood even on the Sankranti of 2024. It is reported that there could be a big clash between Allu Arjun’s Pushpa 2 and Ram Charan’s RC 15 on the day of Sankranti in the year 2024.

Pushpa 2 Vs RC 15: Two biggest stars of Tollywood world Allu Arjun And Ram Charan There is going to be a fierce clash at the box office on Sankranti 2024 next year. Yes, the latest information that has come out is such that this big news has created a stir from Tollywood to Bollywood. According to the information received, on the day of Sankranti of the year 2024, where Allu Arjun and Rashmika Mandanna starrer director Sukumar’s much-awaited film Pushpa 2 is preparing for release. So at the same time, director Shankar has also started preparing to release his film RC 15. Also Read – These 5 films of Tollywood will explode in 2023, know why the name of ‘Jawan’ is missing from the list?

Will the two brothers clash on screen?

now if that happens ram charan And Allu Arjun Very difficult times will arise for the fans. Please tell that both of them are cousins. Both have fierce fan followings in the South Cinematic world. Also, with the blockbuster success of Pushpa and RRR, both the stars have become big pan India stars. In such a situation, this mega clash between these two in the year 2024 will spoil many box office equations. It is possible that the mega family of Tollywood may want to avoid this clash. Also Read – Happy Birthday Sukumar: Pushpa director Sukumar has given only 2 flops so far, has so many blockbuster films in his account

Solstice fixed for 2024 between two producers

But it has been heard that the makers of RC 15 are Dil Raju who is a big producer. He wants to release this film on the occasion of Sankranti itself. This year too, on this occasion, he reached the theater with the film Varisu which is earning a bumper. At the same time, the team of the film also wants to choose this special day for Allu Arjun and Rashmika Mandanna starrer filmmaker Maitri Movie Makers’ film Pushpa 2. It will be interesting to see whether the makers will find a middle way to avoid this possible clash next year. Or next year there will be a fierce competition between two big stars of Tollywood at Pan India level.