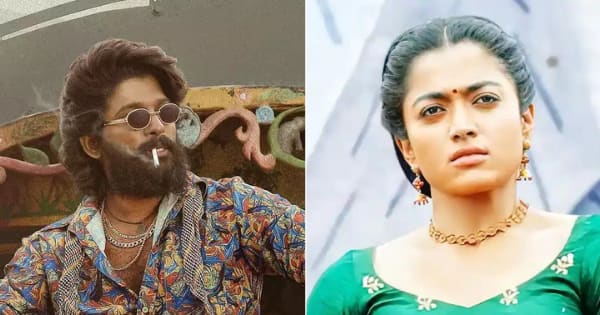 Pushpa: The Rise Release in Russia: South superstar Allu Arjun and Rashmika Mandanna’s film ‘Pushpa: The Rise’ has been in the news since its release. The film was a big hit as soon as it came to the box office. The film made many records in terms of earning at the box office. After the success of this film, the makers are now preparing to bring the second part of this film. Meanwhile, a new news has come out about the film ‘Pushpa: The Rise’. After knowing this, the fans are looking very happy.

Allu Arjun’s film will be released here after India

Allu Arjun, Fahad Fazil and Rashmika Mandanna a film by ‘Pushpa: The Rise‘ The trend continues even today. The dialogues of this film are still on every tongue. This was the first such film after the Corona period, to see which a large number of people had reached the cinema hall. Now a new update related to this film of Allu Arjun is coming out. According to the report of Pinkvilla, after making a splash in India, Allu Arjun and Rashmika Mandanna’s film ‘Pushpa: The Rise’ is now going to be released in Russia. The film is scheduled to release in Russia in December. After this you will have a question that where is this film going to be released. According to the report, the film will be screened at the Moscow International Film Festival. Not only this, Allu Arjun can reach Russia for the promotion of this film.

When will Pushpa 2 release?

Rashmika Mandanna and Allu Arjun’s lead role film ‘Pushpa 2’ ie ‘Pushpa the Rule’ is going to hit the big screen in August 2023. No date of its release has been revealed yet. But the film is going to shake the box office in the year 2023.