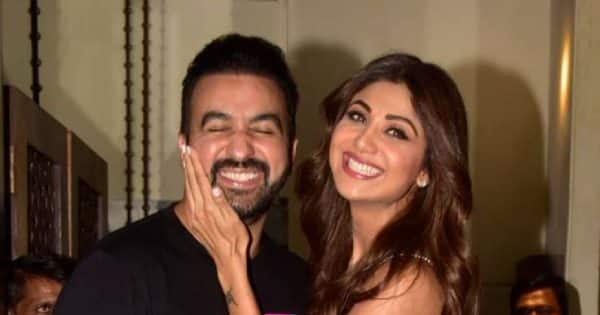 Raj Kundra In Pornography Case: Shilpa Shetty (Shilpa Shetty) husband and businessman Raj Kundra (Raj Kundra) has got a big relief in the pornography case. The Supreme Court has given interim bail to Raj in this case. Actress with Raj Kundra Sherlin Chopra, Umesh Kamat And Poonam Pandey SC has also granted interim bail to Along with this, the SC has directed all the accused to cooperate in the investigation. Significantly, Raj Kundra, Poonam Pandey, Sherlyn Chopra and Umesh Kamat were accused of shooting pornographic films and releasing them on the OTT platform, in which an FIR was lodged against all these people. . Also Read – Shilpa Shetty fed pizza to paparazzi on the road, the actress posed with children outside the restaurant

ANI gave this information through a tweet, which read, “Supreme Court orders businessman and husband of Bollywood actress Shilpa Shetty Raj Kundramodels Sherlyn Chopra and Poonam Pandey and one Umesh Kamat have been granted anticipatory bail in the matter of making obscene material and showing it on an OTT platform.” Also Read – Shilpa Shetty shared a video with husband Raj on completion of 13 years of marriage, Bipasha Basu gave this reaction

entertainment newsEntertainment News) Last month, Maharashtra’s cyber police filed a charge sheet against Raj Kundra, in which Raj Kundra, Poonam Pandey and Sherlyn Chopra were asked to shoot obscene films in a five-star hotel. Reports also claimed that the businessman had signed deals worth crores of rupees with OTT platforms to air such content. Also Read – Entertainment News Of The Day: Puneet Rajkumar gets Karnataka Ratna posthumously, Aishwarya will do Gayatri Devi’s biopic?

Significantly, in the year 2021, an FIR was registered against Raj Kundra in the Pornography Case. The businessman was arrested in July and had to spend two months in jail. Raj was later released on bail. Apart from Sherlyn Chopra and Poonam Pandey, several women had made serious allegations against Raj Kundra in the pornography case, for which the businessman was booked under sections 420, 292 and 293 of the IPC.