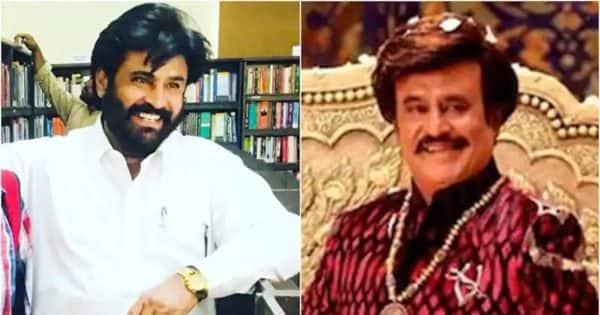 Who is this lookalike of Rajinikanth?

‘Our own version’: Meet Pakistani doppelgänger of India’s biggest action-movie star Rajinikanth https://t.co/kYyogc0A7K A retired officer in #balochistan #Pakistan has become internet star for his facial looks with the Bollywood super star @rajinikanth

On being compared to Rajinikanth, Rahmat had said in an interview, ‘I accept it and I believe that God has given me the looks of a great actor man Rajinikanth.’ Not only this, Rahmat himself is very happy to be compared to Rajinikanth. It was only after this that he started mimicking superstar Rajinikanth. Talking in an interview, Rahmat said that when he had gone for a medical checkup in Karachi, the crowd surrounded him and started taking pictures. People asked him if he was Rajinikanth. So he said yes, I am but I am from Pakistan. Rahmat said, ‘Now I want to meet Rajinikanth himself. I want to take a picture of myself with them. And want to show people that one Rajinikanth is from Pakistan and one is from India.