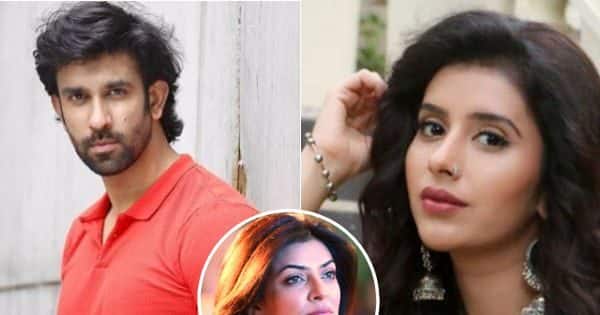 Charu Asopa On Rajeev Sen: The storm is not taking its name in the marriage of TV actress Charu Asopa and Rajeev Sen. Amidst all this, Charu Asopa has accused Rajiv that he used to switch off the CCTV cameras of the house behind his back.

Charu Asopa (Charu Asopa) told in an interview to Pinkvilla that whenever she used to stay away from home, Rajiv Sen used to switch off the CCTV cameras there. Talking about this, the actress said, “In the beginning of my pregnancy, I was in Bikaner. Behind my back, he would always switch off the cameras. When I asked him the reason, he would keep saying, ‘You You want to keep an eye on me like a Big Boss. Rajiv used to spend all his time outside even in the name of gym.

Rajeev Sen was not with Charu Asopa even during pregnancy

Talking about Rajeev Sen, Charu Asopa recalled her pregnancy days. The actress said about this, “When I was in the eighth month of my pregnancy, he did not ask me even once how I was feeling. I did not say anything to Rajiv thinking that his mood should not get spoiled. And don’t leave this house and go away.”

Due to the quarrel between Charu Asopa and Rajeev Sen, sushmita sen Keeping myself away. But she has advised her sister-in-law that if she is happy being away from Rajiv then she should see her happiness first. Talking about this, Charu Asopa said, “Sushmita didi is my family and she is aware of the storm coming in our marriage. Whenever I have spoken to my didi, she has advised me to focus on myself. She said That if I am happy to be away from Rajiv then I should part ways with him.”