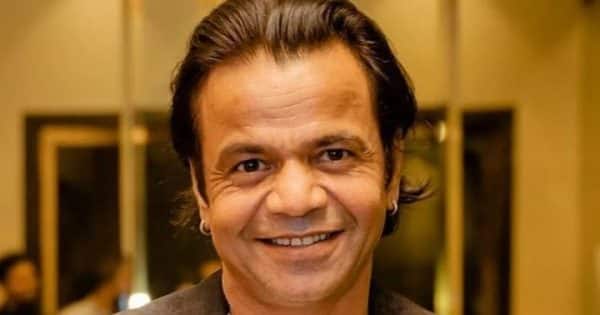 Rajpal Yadav Is In Legal Trouble: Rajpal Yadav is once again in trouble. There is an allegation against the actor for hitting a student with a scooter in Prayagraj.

Bollywood actor Rajpal Yadav often gets embroiled in controversies. Now once again Rajpal is in trouble. In fact, during the shooting of the film, Rajpal Yadav hit a student with his scooter. This incident is from Prayagraj in Uttar Pradesh. The aggrieved student has lodged a complaint against Rajpal Yadav (Rajpal Yadav Controversy) at the Colonelganj police station. The victim student Balaji told in his complaint that he was buying books near Vishwavidyalaya Bank Road, where the shooting of a film was going on, in which Rajpal Yadav was doing a scooter ride scene. Also Read – RIP Raju Srivastav: Rajpal Yadav expressed grief over the death of actor Raju Srivastav, said this

the student Rajpal Yadav Alleging that during the shooting, Rajpal Yadav was not driving the scooter properly, due to which he became unbalanced and hit my bike. The scooter’s registration number is UP 70-E-7097. The victim told that when he protested against this, the people present there misbehaved with him. Along with this, Balaji alleged that the people of the unit not only misbehaved with him but also assaulted him. At the same time, he had even threatened to kill them. Also Read – Rajpal Yadav was upset after knowing about the health of Raju Srivastava, said- ‘Get well soon brother, I am missing you’

Unit also filed a complaint against the student

Please tell that in this case, not only the victim student Balaji, but the shooting unit has also lodged a complaint in the police station. The film’s unit lodged an allegation against the student for obstructing the shooting. The unit said in its complaint that the student was making a video of the shooting in his mobile despite being refused, when he was stopped, he assaulted the men of the unit. On the other hand, the in-charge of Colonelganj police station told that he has received complaints from both the sides. Appropriate action will be taken after investigation of the matter.