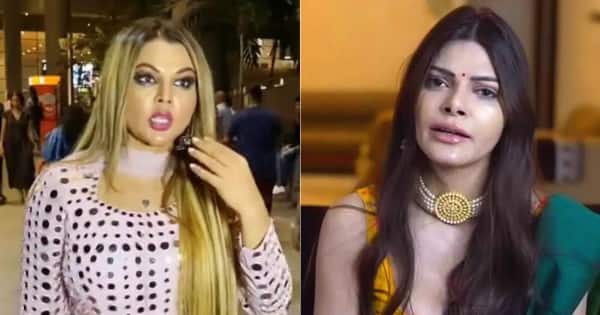 Rakhi Sawant Arrested By Mumbai Police: Big news related to actress Rakhi Sawant is coming out. Rakhi Sawant has been arrested on the complaint of Sherlyn Chopra.

Rakhi Sawant Arrested: Actress Rakhi Sawant, who has made her mark from TV to Bollywood, remains in a lot of discussion these days. Recently, the actress has married her boyfriend Adil Durrani. Rakhi Sawant spoke a lot about this and there was a lot of controversy. Later everything went well. But now Rakhi Sawant is caught in a new controversy. Recently, Sherlyn Chopra has shared a tweet, which has surprised everyone. So let’s know what Sherlyn Chopra has written by tweeting. Also Read – A mountain of sorrow broke after marriage on Rakhi Sawant, the actress had a miscarriage!!

this was the case

Sherlyn had filed a complaint against Rakhi Sawant on 3 November 2022 under defamation. For information, let us tell you that Sherlyn Chopra had spoken a lot about Bigg Boss 16 contestant and filmmaker Sajid Khan. He also opposed making Sajid Khan a part of Bigg Boss 16. Rakhi and Sherlyn came face to face on this issue. There was a lot of discussion on social media regarding this controversy. Both had filed cases against each other. Also Read – Did Adil accept his marriage with Rakhi under media pressure?