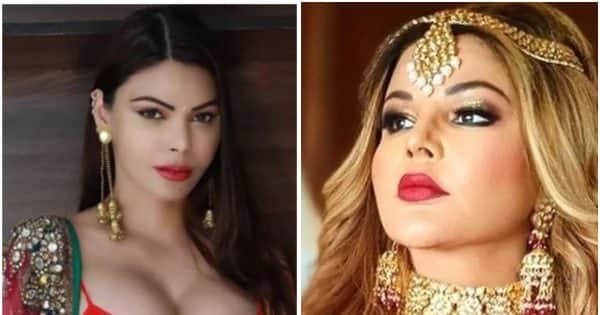 Rakhi Sawant-Sherlyn Chopra Files FIR Against Each Other: Controversy Queen Rakhi Sawant and actress Sherlyn Chopra have recently filed a police complaint against each other. Both have accused each other of using abusive language.

Describing this, the Mumbai Police said, ‘Actress Rakhi Sawant And an FIR has been registered against lawyer Falguni Brahmbhatt on the complaint of an actress under several sections of IPC and IT Act. The complainant alleges that both of them showed her objectionable video and used objectionable language during the press conference. Also read: Rakhi Sawant flaunts Sherlyn Chopra in front of media cameras, threatens to leak private video

Earlier, actress Rakhi Sawant also performed at the Oshiwara police station in Mumbai. Sherlin Chopra A complaint was lodged against him for using objectionable language. The actress accused Sherlyn Chopra of changing boyfriends on her. This fight took place between the two Entertainment News (Entertainment News) It was very popular in the world.

Rakhi Sawant made this allegation on Sherlyn