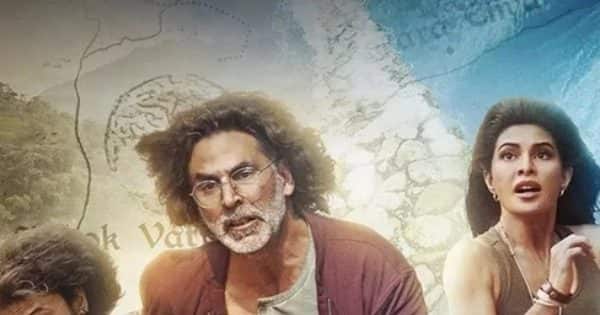 Ram Setu Box Office Collection: Akshay Kumar and Nushrat Bharucha’s film ‘Ram Setu’ saw a huge drop in its earnings on the third day. Know here how much the film has collected on the third day.

Ram Setu Box Office Collection Day 3: Bollywood actors Akshay Kumar, Jacqueline Fernandez and Nushrat Bharucha starrer film ‘Ram Setu’ is creating a storm at the box office. There is a tremendous increase in the earnings of the film. Akshay Kumar’s film is getting full benefit of Diwali holidays. now ‘Ram Setu’ The figures for the third day of earnings have come out. According to trade analyst Taran Adarsh, Akshay Kumar and Jacqueline Fernandez’s film has collected Rs 8.75 crore at the box office on the third day.

‘Ram Setu’ has done so much collection

viewed from this point of view Akshay Kumar And Nushrat Bharucha’s film has collected Rs 35.04 crore in just three days. Looking at the earnings of this film made in a budget of Rs 150 crore, it is being speculated that ‘Ram Setu’ will join the club of Rs 100 crore in 10 days. Let us inform that ‘Ram Setu’ had collected Rs 15.25 crore on the first day of release, while on Tuesday, the film earned Rs 11.40 crore.

‘Ram Setu’ may explode over the weekend

The makers of ‘Ram Setu’ have high expectations from the weekend. Because the collection of the film was very good during the Diwali holidays, it is expected that the film can earn good money on weekends as well.

What is the story of ‘Ram Setu’

Talking about the story of the film, the story of ‘Ram Setu’ is related to the 7 thousand years old history of Lord Rama. For political selfishness, the government claims the existence of Lord Rama built from Rameshwaram to Sri Lanka as nature created and puts the petition to break the bridge in the Supreme Court. While the Supreme Court wants to break the Ram Setu, the existence of Lord Ram, the other side makes every effort to save it. With this, Akshay Kumar enters the film.