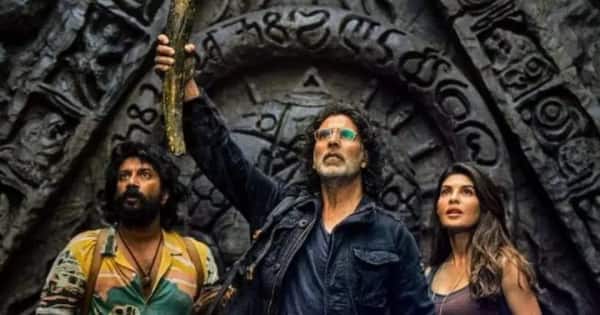 Ram setu Early Estimate Day 4: The latest figures of Bollywood star Akshay Kumar’s film Ram Setu’s earnings have come out. According to which the film has earned so much on the fourth day.

Ram Setu Box Office Collection Day 4 Early Esimate: Well-known Bollywood actor Akshay Kumar is in discussion these days about his film ‘Ram Setu’. The film has created a ruckus at the box office as soon as it arrives. Akshay’s film was being discussed for a long time. Akshay’s film had earned Rs 15.25 crore on the first day. Now in the meantime, new figures of the film’s earnings have come out. After seeing this, the makers are looking upset. Because the film’s earnings seem to be going down now. So let’s know how much the film has earned on the fourth day according to the initial figures.

Ram Setu earned so much on the fourth day

Controversy arose before the release of the film

There were a lot of controversies ahead of the release of Akshay Kumar’s film Ram Setu. Due to which people strongly opposed this film on social media. What is your opinion about this film of Akshay Kumar, do comment and tell us. Do you think this Akshay Kumar film will be able to earn Rs 100 crore at the box office?