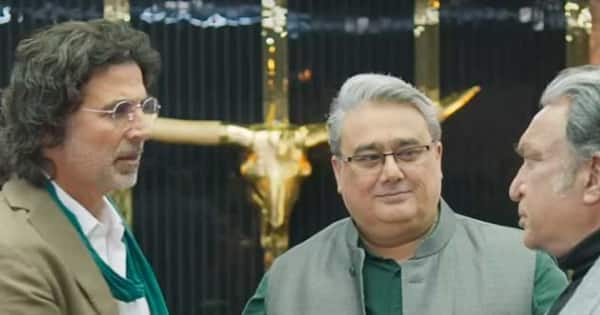 Ram Setu Box Office Collection Early Estimate Day 5: Akshay Kumar and Jacqueline Fernandez’s lead role film ‘Ram Setu’ saw an improvement in its earnings on the 5th day. The film has earned so much on the 5th day.

Ram Setu Box Office Collection Early Estimate Day 5: Bollywood movies are not able to do anything special at the box office. People had high hopes from the recently released Akshay Kumar’s film ‘Ram Setu’. The first day’s earnings of this film of Akshay Kumar were great, but the film’s earnings seem to be going down gradually. Akshay Kumar’s film has completed 5 days of release. New earnings figures have come out. According to which the film’s earnings can see a jump on the 5th day. After knowing this, the makers heaved a sigh of relief.

The film’s earnings improved on the 5th day

Akshay Kumar and Jacqueline Fernandez’s lead role filmRam Setu‘ Earnings were falling fast at the box office. Meanwhile, the figures of the film’s earnings on the fifth day have come out. According to which a jump in the earnings of the film can be seen on the 5th day. According to the news of Koimoi, the film can earn 7 to 7.70 crores on the fifth day. The film did a business of Rs 6.05 crore on the fourth day. Accordingly, the film is going to see a jump in earnings. For information, let us tell you that these figures of the film’s earnings are approximate, the actual figures may be different.

Akshay Kumar spent so many crores for this film

Jacqueline Fernandez’s film may not have earned much at the box office so far, but its star cast has charged the makers a hefty amount to work in the film. According to media reports, to work in this film Akshay Kumar 50 crore as fees. What is your opinion about Akshay Kumar’s film Ram Setu, do let us know by commenting.