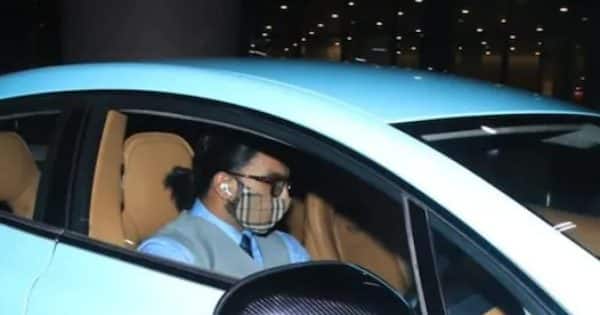 Ranveer Singh Ashton Martin Car: Recently there was an allegation against Bollywood actor Ranveer Singh that he was driving his car worth Rs 3.90 crore without insurance. However, now the truth has come out in front of everyone.

bollywood actors Ranveer singh (Ranveer Singh) has a deep connection with controversies. After the nude photoshoot controversy, Ranveer was recently accused of driving his Aston Martin car without insurance. Actually, a Twitter user named Ritam Gupta, while sharing a screenshot of the insurance of the car, tagged Mumbai Police and wrote, “Mumbai Police take strict action against Ranveer Singh. He was driving a car without insurance yesterday.” After this tweet went viral, the traffic police of Mumbai took cognizance of the matter. However, a fact-check has revealed that Ranveer’s car has a valid insurance policy. In this picture you can see the actor’s policy of Aston Martin. 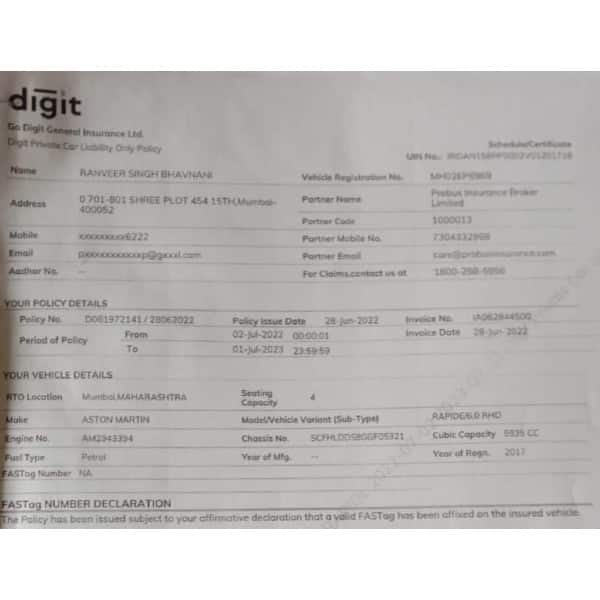 There was no reaction from Ranveer Singh

However, Ranveer Singh has not yet reacted to this fake news. But after the truth came out, a user named Ritam Gupta has deleted his tweet. Let us tell you that this is not the first time that Ranveer Singh is in such trouble. Earlier, the actor was embroiled in controversies regarding his nude photoshoot. During this, not only there were protests against Ranveer in different parts of the country. Rather, a Mumbai-based NGO had even accused the actor of hurting the sentiments of women.

news of entertainment news (Entertainment NewsAccording to ) actor Ranveer Singh will soon be seen in the film ‘Rocky Aur Rani Ki Prem Kahani’ with actress Alia Bhatt. Apart from Alia and Ranveer, Dharmendra, Shabana Azmi, Preity Zinty and Jaya Bachchan will also play lead roles in this film, being directed by Karan Johar. Along with this, Rohit Shetty’s film ‘Circus’ is also present in Ranveer’s pipeline.