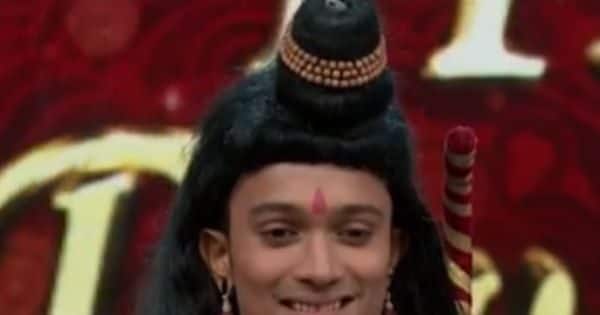 Diwali was celebrated in the singing reality show ‘Indian Idol 13’. During an episode of the show, Contestant Rishi Singh won the hearts of people with his style with his singing.

Indian Idol 13 : singing reality show ‘Indian Idol 13’ People are liking it a lot. The last two episodes of the show celebrated Diwali with singing talent. In this celebration, Bollywood superstar Govinda along with his wife and daughter had come to attend. During this, 14 contestants including judges Himesh Reshammiya, Neha Kakkar and Vishal Dadlani enjoyed fiercely. During an episode of ‘Indian Idol 13’, Contestant Rishi Singh won the hearts of people with his style with his singing.

During the Saturday and Sunday episodes of ‘Indian Idol 13’, the contestants and the three judges celebrated Diwali. During this, Govinda, his wife Sunita and daughter Tina had reached as guests. All three of them listened to the singing of all the contestants and praised them a lot. There was a lot of fun during this. At the same time, contestant Rishi Singh, who came from Ayodhya, is winning the hearts of people from the audition round itself. When he came on stage to sing, the judges discussed Ayodhya’s Diwali with him. During this, Rishi Singh talked to the friends of Ayodhya on a video call and told that Rishi Singh becomes Ram on Diwali. After this, when Rishi Singh came on the stage of ‘Indian Idol 13’ in the costume of Ram, everyone was very happy to see him.

Apart from Govinda and his family, Harsh Limbachiyaa also reached the Diwali celebrations of ‘Indian Idol 13’. Harsh Limbachiyaa hosted the show with host Aditya Narayan and had a great time with everyone. Apart from 14 contestants in ‘Indian Idol 13’, their family members were also present. At the same time, Govinda entertained everyone by dancing on the stage with his wife Sunita.