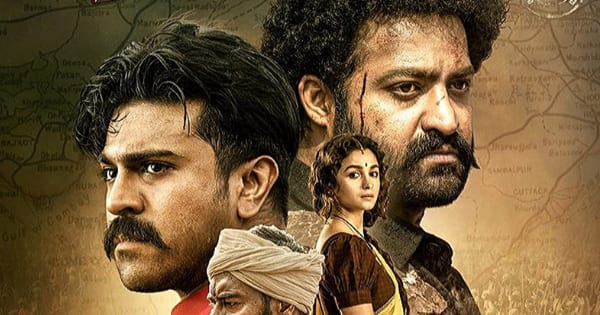 RRR Japan Box Office Collection: After Ram Charan, Jr NTR, Alia Bhatt and Ajay Devgan’s film RRR India is now making a splash in Japan. The film has earned so much in 17 days.

RRR Japan Box Office Collection: South Star Ram Charan and Jr NTR’s film RRR earned a lot at the box office. This film has made some such records at the box office, which may be difficult to break. This film of director SS Rajamouli has once again come into the limelight. After the film RRR India, now it is earning a lot outside the country as well. Recently, some figures of the film’s overseas earnings have come out, after which the makers are very happy.

SS Rajamouli’s film has been in the news since the release of RRR. For information let me tell you that Ram Charan And this film of Junior NTR was released on the big screen on 25 March. The film had earned a hefty amount at the box office. Now the film is making a splash in Japan after India. According to media reports, the film has earned 185M¥ in 17 days in Japan. The film’s earnings are steadily increasing. Since then, the film has once again come into the limelight. A tweet has also been made about this movie from the Twitter handle of RRR film. The makers are looking very happy after these new figures of the film’s earnings.

The Rage of #RRRMovie‘s Run at Japan’s Box office is unstoppable. Since the release, the film is constantly receiving lots of appreciation. ,

The film had earned a lot on the first day

bollywood actress Alia Bhatt And actor Ajay Devgan’s film RRR had a collection of Rs 223 crore at the world wide box office on the first day. For information, let us tell you that the film has earned over 1000 crores world wide. What do you think about this film, do let us know by commenting.