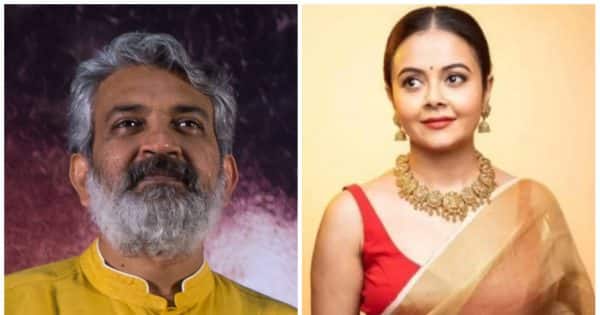 After which director Rajamouli was trolled badly on social media. TV serial actress now in support of Rajamouli Devoleena Bhattacharjee Have come down the actress RRR Commenting on director Rajamouli being badly trolled, he said, ‘So what’s the big deal in this? It is true that it is a Telugu film and belongs to India. And we all know that Bollywood and Tollywood are two different industries. We should celebrate this victory. But what to do? We are bound by habit. To be happy with the happiness of others is the most difficult thing in this world. See here the tweet of actress Devoleena Bhattacharjee. Also Read – Devoleena Bhattacharjee celebrated New Year with husband and friends after marriage, photos surfaced

What’s a big deal in it? Its the fact its a Telegu film & belongs to India. And we all know Bollywood, Tollywood are different industries. We should celebrate the big win. But what should I do? It is difficult in this world to be happy with the happiness of others. #RRR https://t.co/54r8iHRSGy

Let us tell you that after the bumper success of Tollywood filmmaker SS Rajamouli Bahubali series and RRR, he is now going to bring the next pan India film with superstar Mahesh Babu. These days the film is at the scripting stage. Whereas, at the same time, director SS Rajamouli is also in discussion about the second part of his blockbuster film RRR. Also Read – Devoleena Bhattacharjee celebrated the first Christmas in a special way after marriage, was seen in husband Shahnawaz’s lap