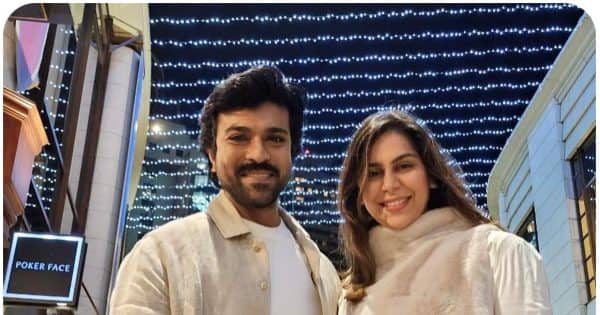 RRR star Ram Charan in Japan: South superstar Ram Charan and Jr NTR starrer director SS Rajamouli’s blockbuster film RRR has now reached Japan. The film is scheduled to be released in Japanese cinemas on October 21. For which the entire team of the film is in Japan these days. Here superstars Ram Charan and Jr NTR are constantly busy with the promotion of their film RRR by meeting the fans. Whose pictures have been doing the rounds on social media for several days. Now recently superstar Ram Charan has taken some time out from his busy schedule. After which the film star was seen spending a relaxing moment in Japan with his wife Upasana. These pictures of Ram Charan and Upasana have started appearing on social media.

Let us tell you that the film RRR has already achieved a big figure of earning while earning hugely across the country. The film has collected around Rs 1100 crore worldwide. In such a situation, it will be interesting to see how the film gets the response in Japan. If this film becomes a hit here too, then the worldwide level collection of the film may increase even more.