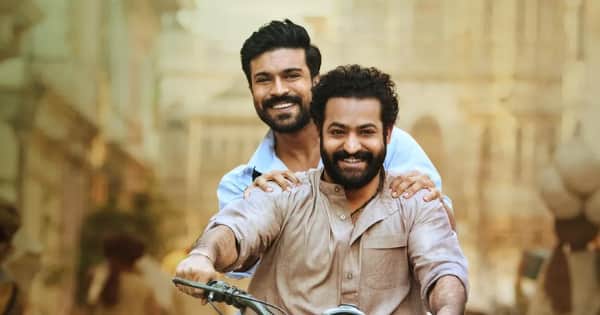 RRR Won Three Awards: Ram CharanAlia Bhatt and Ajay Devgn’s film RRR It is creating a bang in country after country. Recently, the film received nominations in two categories at the Golden Globe Awards. After which many Bollywood and South stars had congratulated the team of RRR regarding this on social media. now after SS Rajamouli A new update related to the film has come to the fore, after knowing which the fans of the film will be very happy. This film has recently received three awards. Also Read – Last Film Show gets Oscar 2023 ticket, shortlisted in Best International Feature Film category

jr ntr And Ram Charan’s film RRR has come into the limelight once again. This film has now got three new awards. Recently, Rajamouli’s film has received awards from the Philadelphia Film Critics Circle in the Best Foreign Language Film, Best Cinematography and Best Soundtrack categories. After this news came to the fore, the fans are very happy and are congratulating the star cast of the film as well as director SS Rajamouli. After this, now the film has once again hit the headlines. Also Read – SS Rajamouli’s film RRR’s entry in Oscars 2023, fans of Ram Charan-Junior NTR will rejoice

These stars were seen in the film

S S Rajamouli Along with South, Bollywood stars were also seen in this film RRR. While South stars Ram Charan and Junior NTR were seen in important roles, Alia Bhatt and Ajay Devgan also showed their acting prowess in this film. This film of Ram Charan and Alia Bhatt earned more than Rs 1000 crore at the box office. SS Rajamouli’s film had earned more than Rs 250 crores worldwide on the first day. Also Read – Connect: Nayantara turns out to be a fan of RRR star Junior NTR, praises the actor