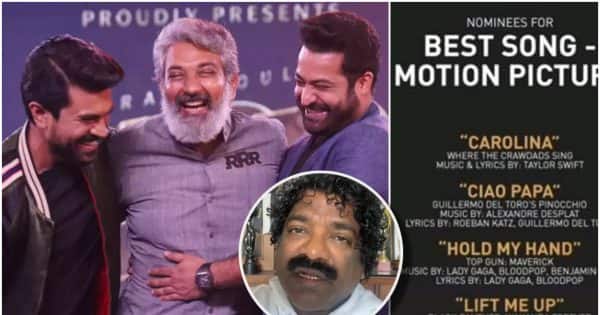 RRR’s Naato Naato lyricist Chandrabose was ignored by director SS Rajamouli : Not only Bollywood, there is nepotism in South cinema too. Recently the blockbuster song Naatu Naatu from Baahubali film director SS Rajamouli’s film RRR got huge success at the Golden Globe Awards. The song of this film received the award in the Best Original Song category. To achieve this, director SS Rajamouli along with lead stars, Ram Charan and Junior NTR, along with music composer MM Keeravani went to Los Angeles, USA. Where the song of the film got this big award. However, now a new debate has started with this. Also Read – Tiger Shroff did a bang dance on the song ‘Natu-Natu’, Ram Charan-Junior NTR will also be stunned !!

Director Rajamouli ignores the lyricist of the song

In fact, RRR The song Naatu Naatu received the award in the Best Original Song category. The film’s music composer MM Keeravani reached the stage to collect it. Whereas, Chandra Bose, the writer of the film’s songs, was ignored by the entire team. Chandrabose, the writer of this song, was neither taken along on this trip to America nor was his name given in the list of mentions for Golden Globe 2023. In this list, after the film’s composer MM Keeravani, his son Kaal Bhairav ​​and Rahul Spillganj were named as lyricists. After which this thing spread rapidly in the industry and now the film’s director SS Rajamouli is being accused of nepotism. For those who do not know, tell that the music director of the film is MM Keeravani. Rajamouli Brother-in-law of In such a situation, this issue has started heating up. Also Read – Exclusive: Alia Bhatt will throw a party for the RRR team in the joy of winning the ‘Golden Globe Award’, will celebrate together 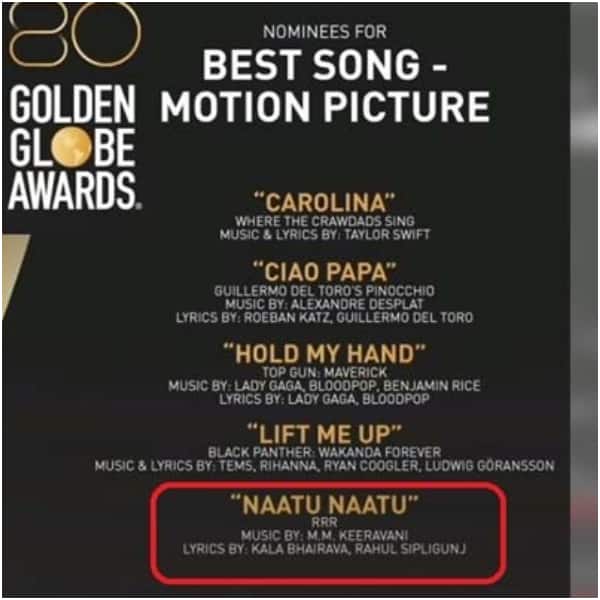 Also Read – Salman Khan congratulated the team of RRR on winning the Golden Globe Award, wrote this by tweeting

Kaal Bhairav ​​is not the lyricist

Surprisingly, in the song Natu-Natu, MM Keerwani’s son Kalbhairav ​​has given only his voice. He is one of the many singers of the song. But not the lyricist of the film. This song was written by Chandrabose. Who mentioned his day and night hard work in writing this song in the national media. While his name was not even given for the lyrics category of the Golden Globe Awards. In such a situation, this thing has started giving birth to a new debate in the Telugu film industry.